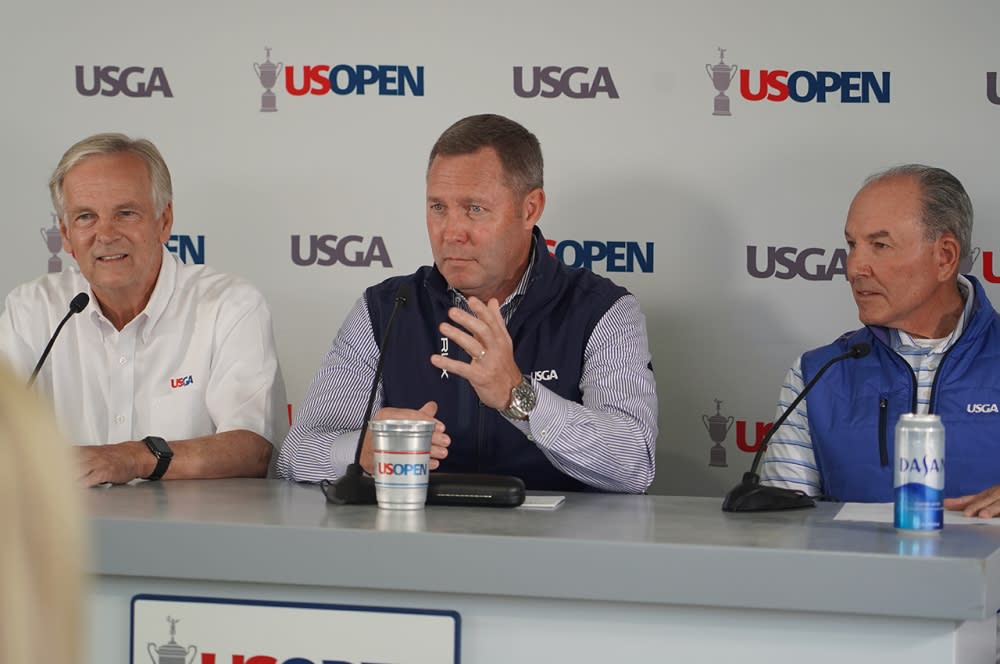 BROOKLINE, Mass. – Wednesday at the US Open is traditionally the time when the management of (North American) golf comes down from its legendary ivory tower to deliver a state of the nation and inquiries into its first championship. At the 122nd Open, the USGA preamble was so heavy that another handful of competitors on the hill could have hobbled to LIV Golf before the assembled media asked questions, some of which even concerned the tournament.

The result was a Triple ‘A’ day at the Country Club.

The first ‘A’ was affability, as Mike Whan – in his first Open as USGA CEO – used his enthusiasm and good humor to make his outfit look fresher, less stuffy, less prone to choking on his tie. Whan has many progressive ideas and he summed them up, if not briefly, at least with laudable conviction.

The second ‘A’ was building alliances, particularly when it came to the process around remote debating, which in more nostalgic times was seen as the thorniest topic in golf.

The day’s most recurring ‘A’ was avoidance, which manifested in Whan’s obvious reluctance to be dragged into a war not of his making too soon, or to be stuck on actions that he could undertake when he was inevitably drafted into combat.

In explaining his decision to allow golfers allied to the Saudi-funded LIV Golf Series (and subsequently suspended by the PGA Tour) to compete in the US Open, Whan deviated with the consummate skill of a candidate veteran politics. “In February, 30 guys played for the same promoter in Saudi Arabia with an acceptable exit from the PGA Tour, and for years the DP World Tour had an event there, same promoter,” he said. .

“We also had to ask the question, if you’re going to put that kind of clause, which comes in, we have to go back to 9,300 people. It becomes quite a slippery slope to try to apply that to 9,300 people,” he added, referring to the number of participants who initially signed up for the championship.

It was a clever escape. The dilemma doesn’t involve 9,300 people, or even the 156 who actually made it to this Boston suburb, but just the 15 LIV players on the field. And the “promoter,” to use Whan’s innocuous term, is a subsidiary of a sovereign wealth fund that is financing a hostile takeover of professional gaming. Whan worked valiantly to make a decision to eject the 15 Saudis look just too administratively difficult when in fact it was just too controversial and legally precarious.

Any attempt to bounce the boys from MBS would have been, in Ian Poulter slang, a bit earlier. Whan knows that the sands are changing rapidly on the Saudi issue, that others are better placed to act first, and that the time when the USGA can be most effective is not quite near yet.

Interested parties in Riyadh and Ponte Vedra were surely anxiously scanning Whan’s words for signals of support, and there were. If and when the USGA circles its wagon behind Jay Monahan and the PGA Tour, it will be in the form of making it harder for LIV golfers to compete in the US Open – important since the Saudis have assured all potential recruits that they can go on to compete in the majors. Whan confirmed that he was open to revising the parameters used to qualify (or disqualify) competitors from future Opens, but not for Edition 22, the criteria for which had already been published and executed.

“As we would any year, we will definitely reassess the pitch criteria. We would do it any year. We will see what the landscape looks like,” he said.

And will the PGA Tour suspensions catch his eye when writing these criteria?

“They already did,” he replied. “That caught our attention for this championship.”

Whan’s comments provided little relief to the Saudis, but also left an undeniable feeling that the professional game might have disappeared under the waves of whataboutism and sportwashing before any life rafts were launched. USGA. The next peak of this crisis lies just beyond the close of this championship, so today demanded something more than ambiguous clues about future solidarity. Golf fans opposed to the auctioning of the sport to MBS needed a strong voice to ring clear today. He was not heard.

Distance, LIV and anchor sites: Here are 5 takeaways from the USGA press conference at the Country Club