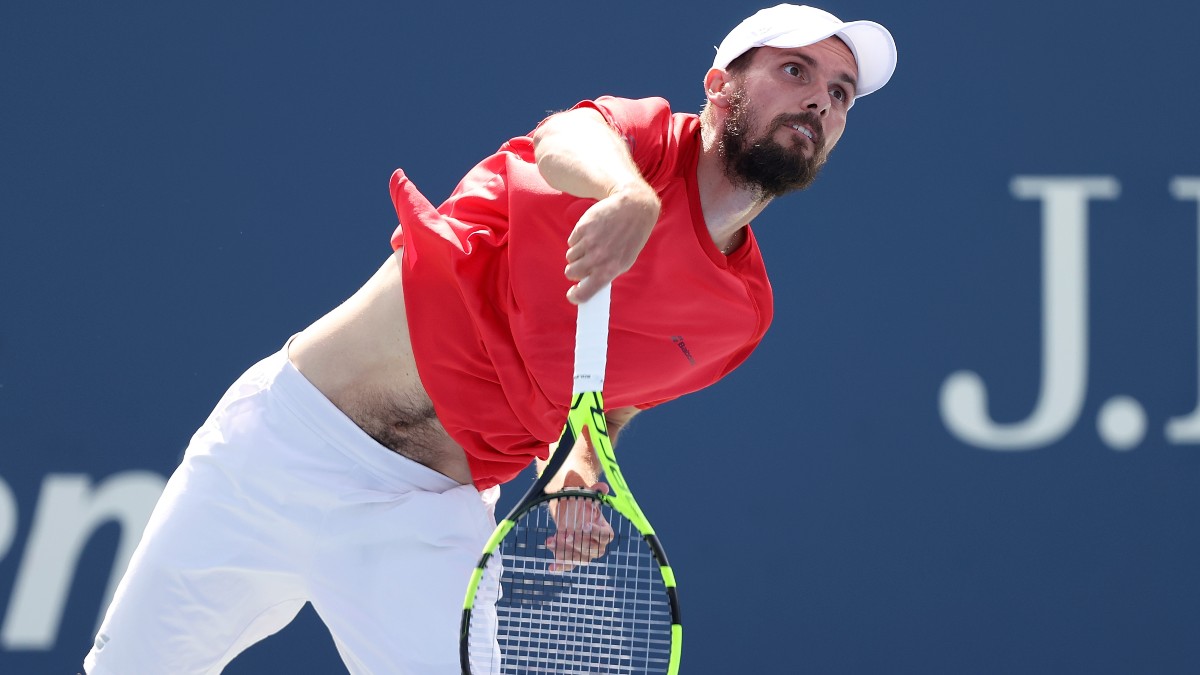 The second week on grass at ATP level continues, as the tournaments in Germany and England take diverging paths.

While the Halle seeds and players are enjoying some success as the week progresses, the London seeds are dropping like flies.

Let’s dive into some matches taking place on Thursday in Halle as the commercial end of the tournament looms.

As books and markets catch up with Otte’s games on totals – he’s now had seven tiebreakers in eight sets on grass this season – his funding line looks like the most attractive market to attack.

With his massive serve and forehand combination, the German has managed to hold an astonishing 95.7% of his service games so far this season on grass. The downside for him is that he hasn’t been able to find many service breaks.

Nonetheless, he has beaten Denis Shapovalov and Miomir Kecmanovic so far, with a two-way tiebreaker loss to grass court aficionado Matteo Berrettini.

Blessed with the ability to hold serve and keep his cool in tiebreakers, Basilashvili isn’t the worst opponent in the world for him.

While the Georgian also tears from the baseline and with his serves, his erratic nature means he can lose control of his powerful groundstrokes for short periods and concede the unforced errors that Otte may need to find a service break or two.

With the price on his moneyline going up a pick ’em to be as expensive as -130, it’s well worth betting on him to win.

The next game will see veteran Roberto Bautista Agut take on the ascendant Tallon Griekspoor for Halle’s final quarter-final spot.

It’s the Spaniard’s first tournament since Madrid and second since Miami at the end of March as he struggled with injury problems.

He, however, showed no signs of lingering injury in his opening encounter with Marton Fucsovics. He was dominant on both serve and return, taking a 6-2, 3-0 lead before Fucsovics retired for a second game in a row.

Without reading this game too, it’s always encouraging to see Bautista Agut looking fit and getting back to his old ways on faster surfaces.

Next up for him is Griekspoor, who used a momentum-changing tie-break against Alex Molcan to advance. He saved six set points – including several when Molcan was serving – and took the tiebreaker, before breaking Molcan on his first service game in the second set.

That’s all he would need to move on.

Ultimately, Bautista Agut presents a much tougher opponent for Griekspoor for several reasons than the Slovak.

First, he has the defensive and ball recovery skills required to wait out mistakes like Molcan did.

Secondly, although he is not left-handed, his backhand is consistently reliable and can be a weapon on the grass, so he can also choose that part of Griekspoor’s game as the left-hander attempted to do so at the last round.

The difference is in the comfort and surface experience.

Bautista Agut is much more adept on the faster surfaces, he can always come back and he has the athleticism to move effectively on grass pitches. He has also played in week two of Wimbledon in his last three attempts – including a four-set semi-final loss in 2019 to a certain Novak Djokovic.

With the advantages of matchup, surface and experience, I will play with Bautista Agut.