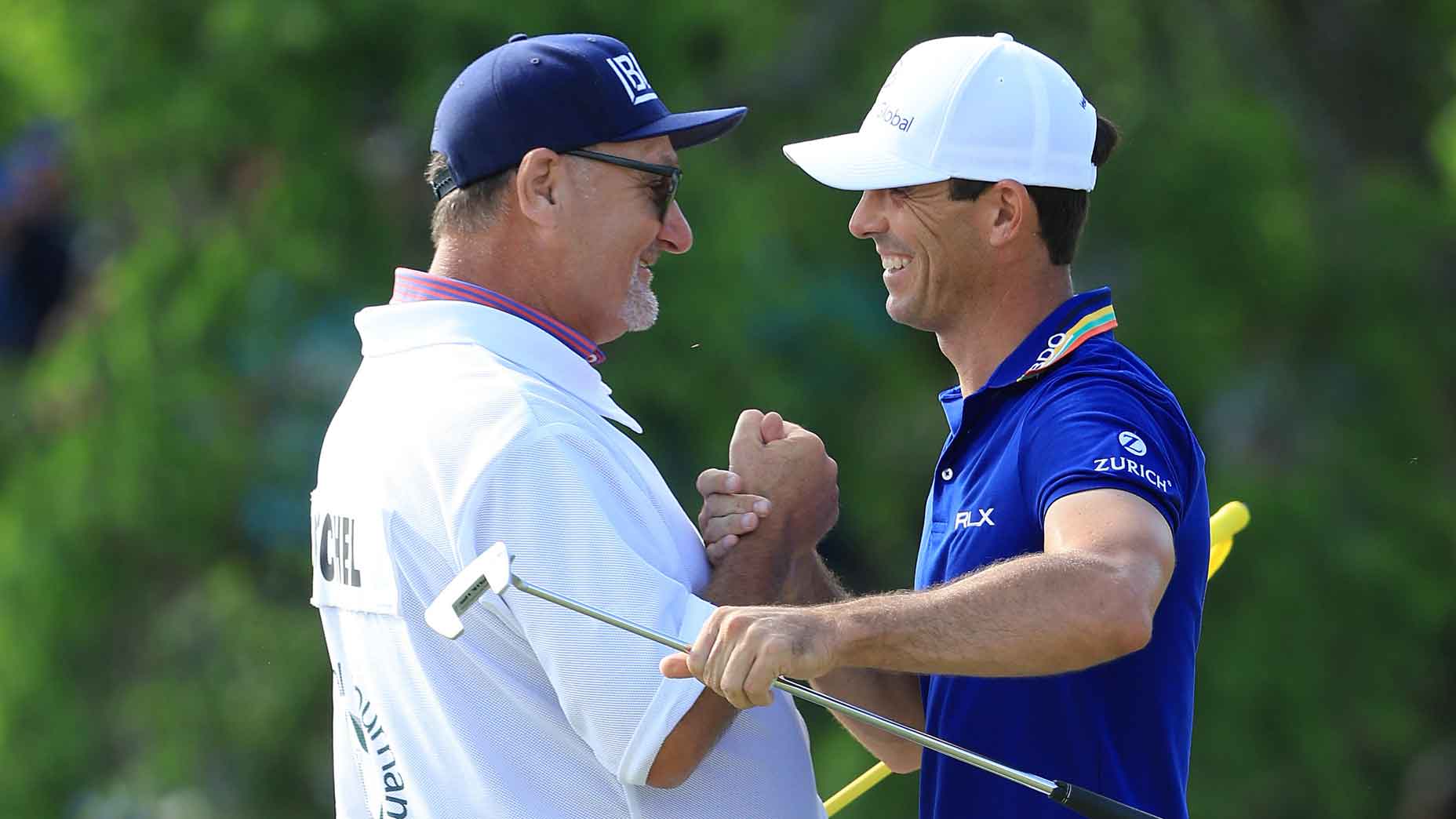 Billy Horschel, right, and caddy Mark Fulcher on Sunday after their victory at the Memorial.

We’ll try to keep it simple. Billy Horschel, after all, wishes he had.

You see, the veteran pro says he has a process. And so good, he says, is his process that “everyone on my team has been telling me for years, when I have that, I’m able to swing better golf on a regular basis.” Then Horschel and his caddy walked away from the process for a few weeks. And the Horschel team finished 68th in the PGA Championship two weeks ago. And missed the cut at the Charles Schwab Challenge last week.

We know what you might be thinking, and a reporter asked the Memorial on Saturday.

“You know what works, but yet you kind of drifted away from it. Why is that?”

“Yeah, I’m an idiot for not doing what I have to do on a regular basis,” Horschel said.

Simple enough. However, as those of us who have strayed from our own “processes” know, while the answers are easy to explain later, they are not necessarily in the moment. It’s all hindsight being 50/50. And so it was with Horschel and caddy Mark Fulcher. We’ll jump ahead and tell you they won this week, by an impressive four shots at Muirfield Village, no less, but it took a “conversation” to get there.

We will start by defining its process. Horschel is, shall we say, one of the most under pressure pros there, so he says he needs a second or 15 before a shot. Talk it over. Check the footage. Check the wind. Choose the club. Feel good. So hit.

“He just gives us another 10-15 seconds before I walk away and then he tries – he’ll try to ring and sometimes I’ll kick him out unfortunately.”

And that’s kind of it. Somewhere along the way, the process got a bit too nervous. And the thought of ready, aim, fire has more or less removed the middle word.

“I mean, I’m sure I’m going to shock everyone when I say this: I move really fast, and I’m impatient, and so I’m ready to go without always being clear about everything,” Horschel said. “Sometimes I just want to be done with golf.

So after the Charles Schwab, they talked. Horschel’s idea.

No, he wasn’t blaming his bag man, he said. But the player and the caddy were having a conversation between player and caddy.

What do we do?

We know the process.

Let’s get back to it.

You know the result.

“Fooch does a really good job, and Fooch tries, and sometimes I run out and don’t want to listen,” Horschel said. “Like I said, shocking.

“Yeah, I mean, Fooch has done an amazing job of trying to do the right things, and sometimes we move a little too fast. We’re not clear enough on everything we need to do, and so that’s up to me, not Fooch. Like I said, we had a conversation after Colonial, and we just said, we gotta get back to it.

“There were a few times where I tried maybe a little fast this week, and he kind of pulled me back, and there were other times where we thought we had the shot and then I wasn’t fully committed and I supported and we talked about it a bit more to make sure we were hitting the right shot with the right club and doing things to give ourselves the chance to succeed.

“Yeah, Fooch is awesome. It’s all up to me at the end of the day.

Again, this process is not difficult.

“Like I said, taking just 10, 15 more seconds is all that really matters on the shots before you hit it, and that’s all that matters,” Horschel said.

“It is very simple.”