The International Golf Club in Bolton, Massachusetts has long been known as home to the longest golf course in the United States, the 8,325-yard, par-73 Pines Course.

On Labor Day weekend, however, the International will become known for another reason – for hosting an event on the LIV Golf Invitational series that sparked interest and controversy in its first season.

Last weekend, the first LIV Golf event held in the United States – the first overall was held near London – drew protests at a nearby park outside Portland, Oregon, from a dozen survivors and family members of victims of the September 11 terrorist attacks. Protesters condemned the golfers for playing in a league funded by Saudi Arabia.

Many golf enthusiasts weren’t so bothered. Traffic was halted for hours at Pumpkin Ridge Golf Club on the final day of the 48-player, 54-hole, uninterrupted event. The tournament had to stop selling tickets.

The International has something in common with Pumpkin Ridge – both are owned by Escalante Golf, a Fort Worth, Texas-based private equity firm that owns nearly 20 golf courses in the United States.

The International has time to work out potential traffic issues, but the LIV Golf funding controversy will likely persist. Critics say the Saudis are using LIV Golf to clean up their human rights abuse image. The PGA Tour has suspended players who play LIV events, but many golfers have found the LIV money too good to pass up.

Phil Mickelson reportedly got $200 million to join LIV, Dustin Johnson got $150 million, and Bryson DeChambeau got over $125 million. The prize money for each event is $25 million and first place is worth $4 million. By comparison, Tiger Woods earned $120 million over his entire PGA Tour career. Brooks Koepka, Patrick Reed and Sergio Garcia are other big names playing in LIV Golf events.

Steven Hoogasian, 61, from Shrewsbury, has been a member of the International for nine years. He said he has no problem with LIV golfers making big money, but he’s not a big fan of LIV Golf, and he’s not happy that the Oaks course isn’t available to members. for a week or two because of the LIV Golf event. It is not sure to be present.

“I’d rather play golf than walk around and watch it,” he said. “Having said that, if I can’t get out anywhere this weekend, I might just go watch these guys play at a course that I play every day.”

Hoogasian’s best score at the Oaks course is a 1-under 71.

Hoogasian knows international members and others in the local golf community who are eagerly waiting for the International to host the event, especially now that the PGA Tour no longer stops at TPC Boston.

Hoogasian said he was not surprised to hear about traffic problems approaching Pumpkin Ridge because he played there and it is difficult to get there as it is in the middle From nowhere.

A look at one of the holes at International in Bolton, Massachusetts. (Photo by Bill Doyle/Worcester Telegram)

Hoogasian isn’t sure Saudi Arabia’s financial backing will keep too many fans from attending.

“I’m not a big fan of Saudi Arabia,” Hoogasian said, “but the president of this country is going there very soon to beg them to produce more oil, so apparently we have no problem with buy oil from them.”

(President Joe Biden recently said he would not ask Saudi Arabia for more oil, but would visit the country this month.)

Escalante Golf bought the 36-hole International from bankruptcy in late 2020 for $10 million.

Brennan started as General Manager on February 8, 2021 and has worked hard with his staff to restore the International to its former glory.

Brennan, 55, has already brought the New Seabury, Massachusetts, club back to profitability after bankruptcy, and he has also financially transformed clubs in Tampa, Florida, and Richmond, Virginia. He had been a golf course construction consultant for the past few years, but Brennan contacted Escalante when he learned the company had bought the International.

Members lost their dues and couples lost marriage deposits when the International declared bankruptcy two years ago. Hoogasian lost annual dues of $8,800 for him and his wife, Meg. Just a few weeks ago, he received a paycheck for just a few hundred dollars.

The current owners and staff have nothing to do with these financial losses, but they must work to rebuild the club’s reputation.

“We can’t deal with the past because we can’t change it,” Brennan said. “That’s the way you have to look at it.”

Brennan thinks the future of the International is bright with Escalante as owner. Bill Coore and two-time Masters champion Ben Crenshaw have been hired to build a new golf course in place of the Pines Course, once known as the longest golf course in the world.

Nine holes of the Pines will close later this month so construction of the new course can begin. The second nine will close in the fall. The new Pines course is expected to open in 2024.

The LIV Golf International event will take place Friday, Saturday and Sunday of Labor Day weekend, September 2-4, at the Oaks course, a design by Tom Fazio that opened in 2001 It will be the week after the PGA Tour Tour Championship. , and no PGA Tour events are scheduled for this weekend.

Last year on the Oaks course, architect Tripp Davis worked with a construction company to laser strip and level the tees. Brennan said about 175 yards were added to the course. The bunkers, which are distinguished by their crushed limestone filling, have also been renovated.

At the practice facility, tees were also stripped, laser-leveled and seeded, and target greens were relocated and reshaped.

“They’re doing a lot of good things,” Hoogasian said. “I’ve been a member of several different clubs before, and this is probably the first time I’ve had an owner who not only does what he says, but actually exceeds it. Usually they do all kinds of things to you. promises and fail.

Brennan said the International has over 200 members, including 70 who belonged to the club at the time of bankruptcy in May 2020, and he hopes to increase the membership to around 600. 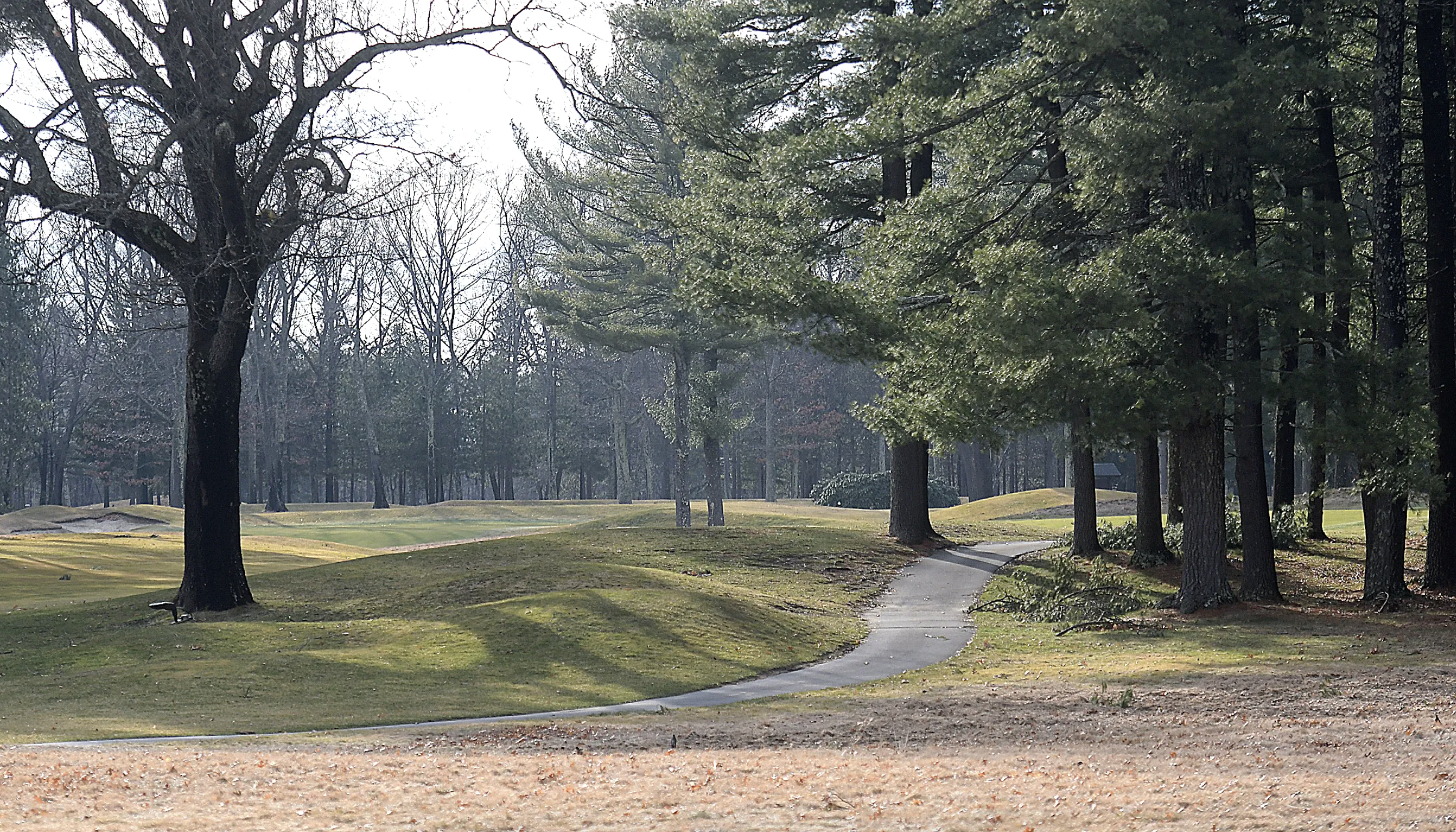 Another look at one of International’s holes, which will soon host a LIV event. (Photo by Bill Doyle/Worcester Telegram)

The clubhouse, which includes the pro shop, dining room, locker rooms and administrative offices, has been renovated. The 54-room lodge has been transformed into 15 suites for members and their guests.

After replacing the Pines course with a new one, the clubhouse will also be demolished and replaced.

The old clubhouse-banquet hall adjacent to the current clubhouse is no longer in use and will eventually be demolished as well. The same will apply to the golf bag storage facility.

Escalante will eventually spend approximately $50 million on the International, including the $10 million purchase price, $10-15 million for the redesign, reconstruction of the Pines course, upgrades to the Oaks course and the practice area and construction of golf clubhouses.

The International is for golfers, not families. There will be no pool, tennis, pickleball, outdoor weddings or outdoor events except for the LIV Golf event.