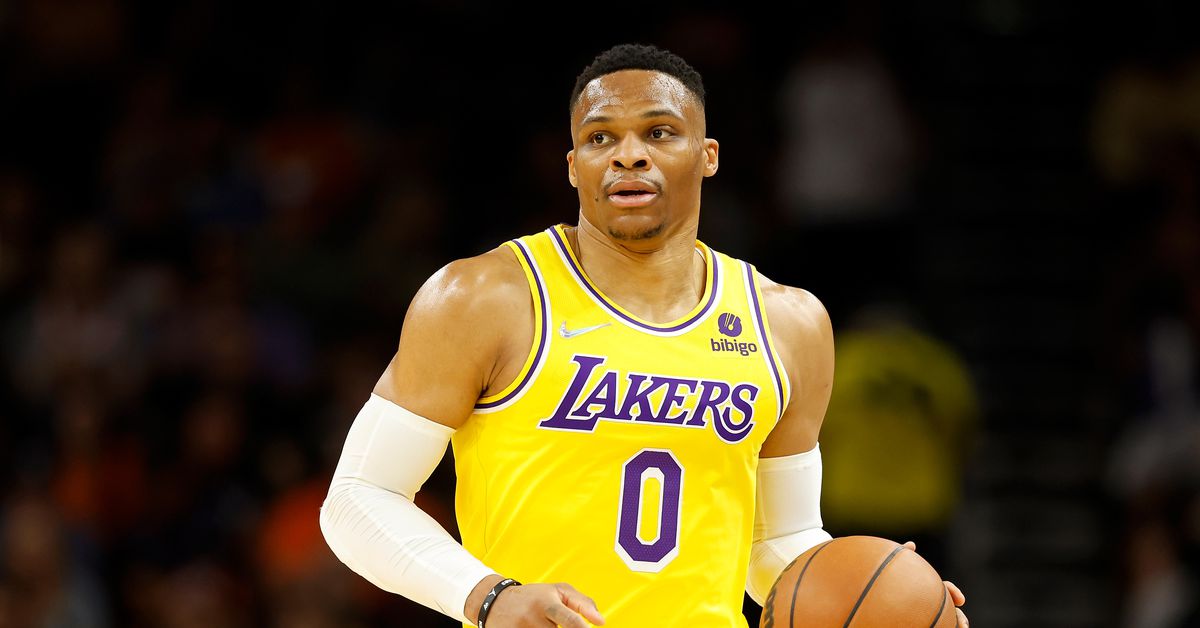 On the morning of Thursday, May 30, the Bleacher Report Twitter account sent out the following tweet – a message that anyone inclined to attribute the absolute truth to news coming from an account officially verified by the hell site. bluebird would have assumed that the Lakers had already decided not to trade Russell Westbrook.

The Lakers plan to keep Russell Westbrook. LA refuses to give up ‘additional assets’ to send him, per @TheSteinLine

In reference to a report from Marc Stein’s newsletter, Bleacher Report claimed that the Lakers “plan to keep Russell Westbrook.” Despite creating a tweet that garnered nearly 20,000 likes, the report itself reads quite differently.

Here is what Stein actually wrote (emphasis mine):

The Lakers once again dismiss the skeptics and insisting they’d rather keep Russell Westbrook on the roster for next season than give away additional assets to convince someone to trade for him. The Lakers are also reportedly adamant they won’t release the former MVP and eat up his $47.1 million player option for next season after Westbrook picks him up.

Stein made it as clear as possible that he was not reporting that these stated plans are what the Lakers will actually do:

I’m as skeptical as anyone about the ability of these plans to work.. I still have a hard time imagining how Ham can possibly give everyone a fresh start in purple and gold on the first day of training camp if Westbrook is still in the gym. Ham, however, instantly becomes the go-to man for bringing Russ back into the team if the Lakers stick to those intentions for the next three months.

So while the folks at BR have described Stein’s report as meaning that the Lakers actually plan to do what they say, in reality – and especially in the entertainment industry capital – there is an ocean between claiming a plan to do something and actually intending to do it. In the town where “let’s go to lunch” is more often followed by inaction than a date on the calendar, it would be foolish to expect the Lakers to do what they say they will. On the contrary, a closer reading of Stein’s report gives the impression that the Lakers are projecting a feigned interest in retaining Westbrook, even though in reality they plan to do the opposite.

In fact, the Lakers are protesting too much, it seems to me — proclamations of intent to retain Westbrook are one of the Lakers’ only inexpensive ways to warm up its icy trade market, after all.

In a market where a monolith of top-notch sports media like Bleacher peddles distortions of truth for engagement, accounts at the very bottom of the totem pole get by by disguising themselves as bigger accounts and pushing fiction as fact. To be clear, there is a difference between honest and dishonest aggregation – as far as some people in the industry might want you to believe otherwise. The honest aggregation, in my view, maintains the central truth and context of the primary source with proper linking and credentialing, while the dishonest variant – like the Bleacher tweet above – distorts or obscures the relevant context for the clicks.

But bad aggregation isn’t even the most damaging crime against the truth in sports journalism today – that honor belongs to the entirely false report presented as news. Not oncebut twice this week, Bleacher Report’s Jake Fischer (ironically) took to Twitter to set the record straight on his false “reporting” aggregations. My own editor here at SSR Harrison Faigen same caught a stray dogbut cheerfully shot the erroneous claim online.

It’s hard to pinpoint a single cause for the preponderance of fake news, but journalists are (mostly) not the ones fueling the NBA’s fake news revolution. Technology platforms’ preference for an algorithmically determined, profitable stream of content rather than one that emphasizes the proliferation of truth, and the media companies that feed their machine must be higher on the list of reasons than journalists, if they are not even there at all. But in a world where journalists are exposing fake news accounts for perpetrating a more extreme version of their own media’s behavior, something has gone wrong.

Fighting fire with fire, some accounts created amusing mirror images of typical Twitter aggregators and their fake equivalents like NBA Center/NBA Centeror newsbreakers and their like The Athletic’s Shams Charania and his evil twin, Shams Charanvia. With varying degrees of wit, charm, and bile, these actors twist the typical fake aggregator MO by securing eyeballs with laughs instead of lies.

However, the dupes aren’t limited to everyday fans on Twitter. These joke tales have, with disturbing frequency, found their way into the diet of mainstream media eager to feed the beast that is the 24-hour news cycle. Contrary to the defiant confidence with which they tend to provide information, some of the world leader’s most prominent talking heads have been caught telling silly stories on their airwaves as if they were insider scoops. These fake reports show how little can separate blue chip blue checking accounts from openly fake accounts.

As avid consumers of the offseason rumor mill, I encourage all Laker fans to exercise a modicum of restraint while awaiting the team’s impending blockbuster trade. If you see a Westbrook exchange on Twitter that sounds too good to be true, it probably is. Before promoting the spread of fake news designed to deceive, check the handle for an additional character – even if the tweet marks a real account. Sports are ultimately among society’s least important concerns, but their coverage has been distorted in much the same way as the rest of the news landscape. The invisible hand of fake news that subtly guides our world far beyond sports is probably here to stay, but just like a seatbelt, mask, or condom, a little discretion on the interwebs can help us stay one. little safer.

Cooper is a lifelong Laker fan who also covered the Yankees at SB Nation’s Pinstripe Alley — no, he’s not a Cowboys fan, too. You can hear it on the Lakers Multiverse Podcast and find him on Twitter at @cooperhalpern.