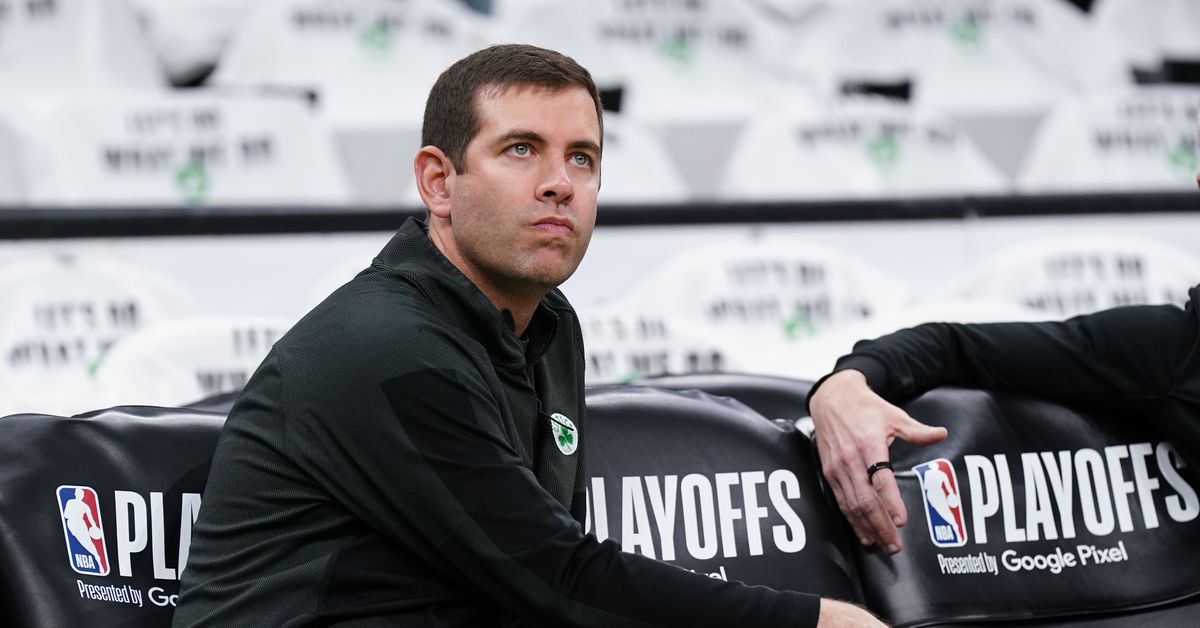 Thursday night, the Boston Celtics will enter the draft with the 53rd overall selection. The first-round pick that originally belonged to the C’s was shipped to the San Antonio Spurs as part of the Derrick White trade in February. Coming out of an NBA Finals, the prospect that Brad Stevens takes over with this 53rd pick is not expected to come in and help their roster immediately. It’s less about writing for need than for talent.

The spots at the back of the roster become more complicated if Yam Madar (2020 second-round pick) or Juhann Begarin (2021 second-round pick) try to come to Beantown. Without a ton of roster space to begin with, adding a new corps into the mix at 53rd could create a bottleneck in terms of G-League development reps, spots still open for veteran signings and other young Airmen they want to face. undrafted free agent market.

Think of the draft and stash pool as a way to defer that choice without risking it disappearing worthless. The Celtics could sign a player at No. 53, give him a two-way deal, then end up giving him up by the end of next season. The draft and hideout route gives them much more time, has less short-term inconvenience, and fits in well with Madar and Begarin’s potential timelines.

Most casual NBA fans really aren’t familiar with the international outlook, because it’s out of sight, out of mind, and the game is very different overseas. We’ll try to close that gap by looking at some of the international prospects most likely to come in at 53rd.

At 6’10” and 231 pounds, Karlo Matkovic is a big body inside. He’s athletic for his size, with a ton of rebound both as a big catch and finish and someone who can take a or two dribbles to get to the hoop.He’s truly underrated as a short passer (something Daniel Theis and Al Horford are good at) and has put together some fantastic defensive possessions for the Euroleague champions this year.

Matkovic’s athleticism makes him a very good lob threat that can be a long-term backup for a guy like Robert Williams. He’s solid in almost every aspect of his game, but his vertical pop was on full display and the talk after his pro day at the NBA Draft Combine:

Karlo Matkovic changed his mind at the last minute and ultimately opted to keep his name in the draft, his agent Misko Raznatovic has said. He will be eligible on June 23 to be selected. https://t.co/odSTJT73bw

Matkovic was hesitant about whether to stay in the draft and eventually decided to stay. He’s an international guy who we may see drop out of the roster shortly before Boston’s selection, but if he’s still available, he’s a great long-term investment in the big man position.

Nzosa started this draft cycle with incredibly high praise. NBA draft insider Chad Ford has claimed Nzosa has a chance to reach number one overall. The athletically raw tools, combined with strong defensive instincts, made him credible as a lottery talent (although Ford’s ranking was always a bit too rich for our blood).

A disappointing season with injuries and really poor attacking play completely let Nzosa down. In round two, when teams are betting on the upside anyway, he makes sense as a long-term driver. Let him stay in Spain and continue to develop, see what kind of offensive game he can exploit, and potentially he can come to the NBA in a few years and be a giant rim protector with elite mobility.

Yes, this international draft class has a lot of big man targets. While Ismael Kamagate and Khalifa Diop are potentially top 50 guys, Barcelona great Ibou Badji isn’t getting the same buzz. He’s a terrific athlete and a lob threat cut from the same athletic fabric as Robert Williams. Still unrefined defensively and in need of more reps, Badji played with one of Europe’s top development clubs and received a professional-caliber education.

Ibou Badji kept his name in the repechage.

The 7-foot-1 big man with a +7 wingspan is an excellent and excellent screener and easily one of the most athletic big man of recent seasons.

Already has 98 professional game reps at 19. It’s worth betting. pic.twitter.com/0P7xQE0QMw

At one point, Badji was a priority target for us at the start of the second round. His lack of feel and his basketball IQ let him down a bit, but you can’t teach 7’1″ and a 7’6″ wingspan. It’s a bit of a high-risk, high-reward prospect for an international guy.

I know, I know… can we have someone who is not a big man here?

Say hello to 21-year-old Serbian point guard Ziga Samar. He’s an exceptional passer and would fit the mold of what many Celtics fans crave: a pass-first enabler. He is potentially the best high-volume passer in this draft class and has done so much off the ball screens in the Spanish league.

It’s easy to see why Slovenian pick-and-roll maestro Ziga Samar was 1st in ASTS per 40 minutes among all of our top 100 prospects, as he averaged 9 per 40 minutes in 30 games for Fuenlabrada in the Spanish ACB this season. Could be chosen in the 2nd round, depending on @DraftExpress pic.twitter.com/TrWTuKkTgW

Samar is a little older, so the window to prevent him from coming to the United States may be smaller. If you ask us, he’s a bit of an improvement over Yam Madar offensively and would add a really unique flavor to this Celtics offense. How he fits next to Jayson Tatum, Jaylen Brown or in a switching scheme remains a question mark, but as a talent he is very intriguing.