Attending a Formula 1 Grand Prix is ​​something many fans rarely – and in some cases never – get to do.

To do so is something very special. It’s something you’ve been saving up for ages, something you’ve put firmly in your diary, booking your flights and hotels. You’ve crafted your flags, obtained your merchandise, and planned your trip down to the smallest detail.

But then you get to the track, and it turns into an experience that makes you never want to go to an F1 race again.

This is the reality that a number of fans unfortunately faced at the Austrian Grand Prix last weekend, when reports of sexual harassment of women, racial abuse and insults homophobes have flooded social media, showing the sinister and unacceptable side of the current F1 fan boom.

The Austrian Grand Prix is ​​considered one of the best of the F1 season. Having not attended the race since 2019, I tweeted last Wednesday how excited I was to be back, urging people to attend if they choose a European race. Great views, great facilities, great racing – what more could you want?

Well, you want a great fan experience when you’re in the field. The slogan used around the Red Bull Ring was: “Life is better on a racetrack.” At first glance, this is a great way to entice people to come to your race.

But life isn’t any better when you get caught. Or mocked because of who you support. Or abused because of who you love or the color of your skin. Or, in one of the most shocking stories to emerge on Sunday, having your dress lifted by a group of drunken male fans who say, “You’re a Hamilton fan, you don’t deserve respect.”

It’s disgusting behavior that needs to be stamped out not just from the F1 fan base, but from society as a whole. The world may seem more divided than ever as elected leaders thrive on polarization and internet trolls use “snowflakes” as an excuse to be horrible human beings. But that such behavior extends to F1, where the mere fact of supporting a different driver was justification for some to throw abuse and ruin weekends, is deeply sad and so wrong.

And let’s be clear right now: alcohol is no excuse. Leaving the track every night, we saw people throwing up or urinating around the exit of the track, who had clearly consumed too much during the day. Limiting the amount of alcohol people have is difficult, but measures such as limiting the amount fans can bring – a measure taken in Bathurst – would be a start. Still, that doesn’t justify one iota of the abuse and harassment some in the crowd thought they could give.

The current F1 boom has been amazing to watch. Almost every race has sold out this season, and it feels like things have never been better in terms of fan engagement and people adopting the series. All tracks and promoters are able to track the demographics of fans buying their tickets and will note the increase in the number of women and young fans attending races. This is a very promising sign for the future of F1.

Yet, it also seems like fans are more divided than ever. Is this a consequence of the tribal nature of the fanbases, only hardened by the toxic nature of last year’s title fight? Potentially. The sport will always have supportive fans, but such things as cheering crashes – especially where the condition of the driver is unknown – are not okay. Harassing people they support for or even burning rival merchandise is way beyond the limit.

It should also be pointed out that these are not all F1 fans. They are a stupid and “brainless” minority, to quote Toto Wolff, who sent them a direct message: “Anyone who reads my sentence: stay away. We don’t want you. If you’re in this group, fuck you.

But mentalities still need to be changed. F1 has been clear in its efforts to make the series more inclusive and diverse to better reflect the wider world. Lewis Hamilton has understandably been a key voice to help bring about this change, supporting underrepresented groups through funding schemes such as Mission 44, in which he has invested over £20m of his own money, and Ignite, the charity he co-founded with Mercedes. Hamilton highlighted the need for funding to help F1’s changes, saying his corporate social responsibility campaign, We Race As One, had been “just words”. F1 is funding college scholarships for a number of students from underrepresented groups, but must ensure the push for inclusion also reaches out to fans.

The way to achieve this is not only to send messages and encourage drivers to use their platforms, but also through actions to make it clear that such behavior is not acceptable. Identifying abusers is more difficult at open events than at football matches, for example. But where action can be taken, it must. 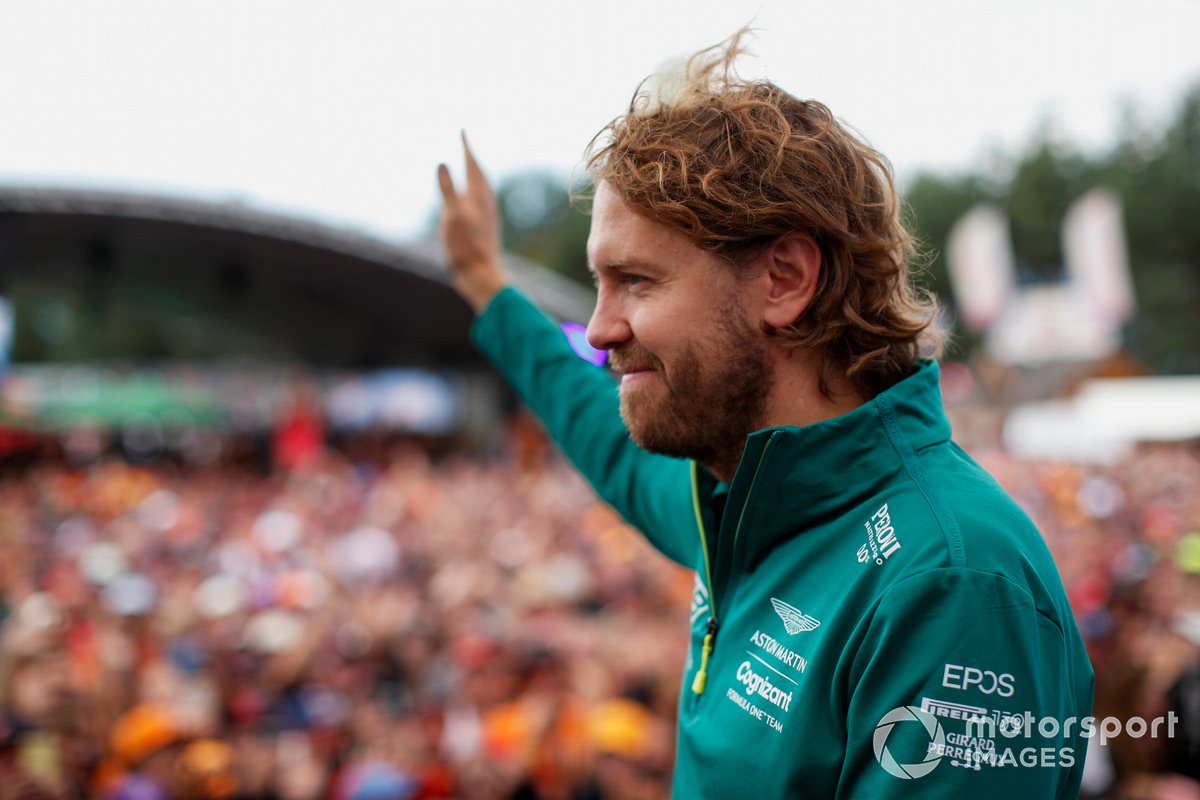 “Whoever these people are, they should be ashamed of themselves and banned from racing events for life,” said four-time world champion Sebastian Vettel. “I think there should be zero tolerance. If people are having a good time and drinking too much, that’s okay, but that doesn’t justify or excuse bad behavior.

Vettel, as always, is on the money. We are all in there. If we want to make F1 a more tolerant, accepting and inclusive series, we all need to pull in the right direction. We need to speak out against unacceptable behavior, root out abuse and work hard to continue to change mindsets – especially to protect the growing number of women working not just in the paddock, but across our fan base.

“It was kind of understood that you had to accept a little pain, if someone made a sexist comment or something that was described as just a joke,” Wolff said. “Today that’s not the case anymore. People are really hurt or feel discriminated against, and that’s why we all need to be more aware.

“I have the perfect teacher at home, Susie [Wolff], who says, it was considered funny 10 years ago because nobody cared, but I can tell you, for me it’s borderline or for me it’s too much. For us guys who’ve had this, and it’s always been considered a joke, we just need to change our minds a bit.

F1 and a number of teams have taken steps to contact some of the abused fans in Austria, bringing them into the paddock to meet their post-race heroes. It was a welcome small step that will hopefully ensure their experiences don’t dampen their fandom.

But it must be done quickly and without tolerance for the aggressors. The fans are the most important part of F1. Without them, none of us can do what we do. We must work hard to protect them.

What about bullies and harassers? Let’s be clear: you are not F1 fans. You are not welcome in our series.

As Toto rightly said: you can fuck yourself. 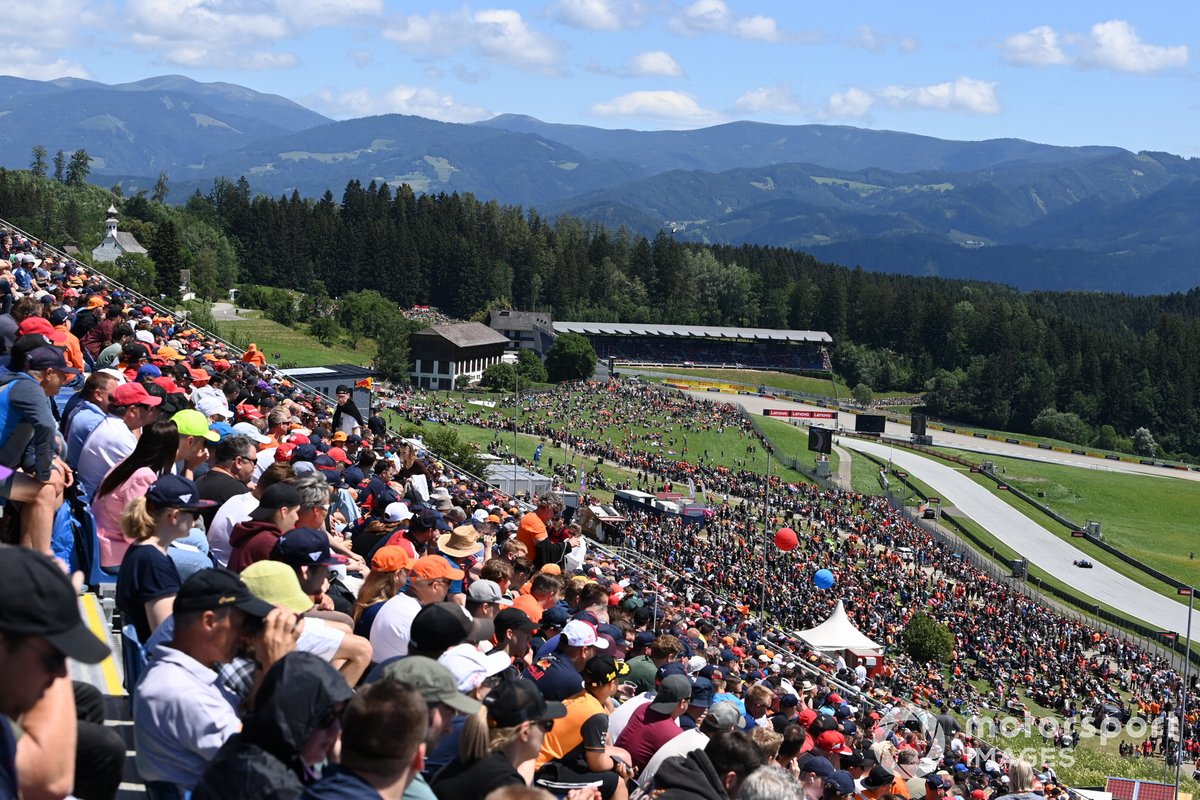 Fans watch the action from a packed grandstand