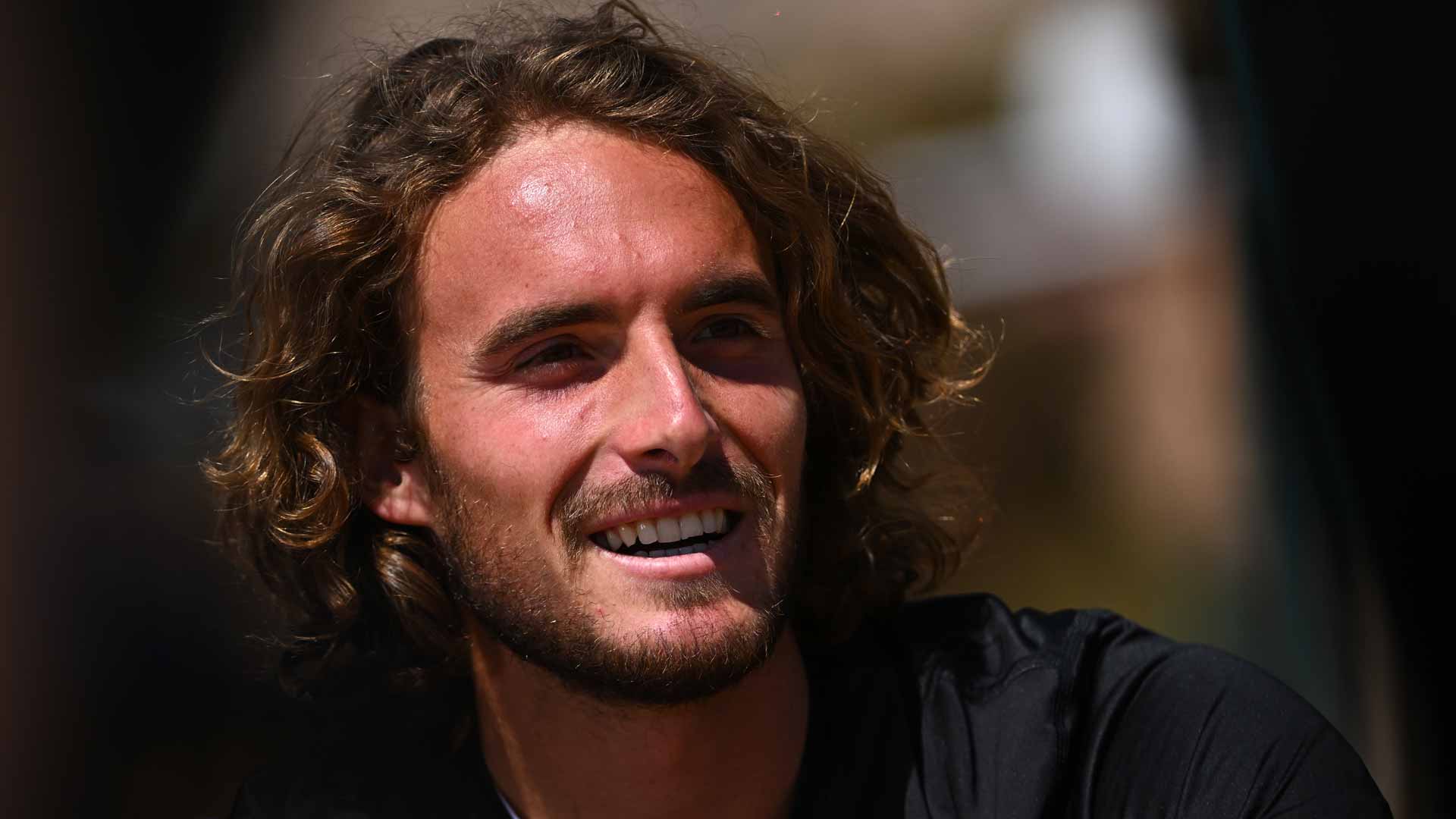 The couple discussed the opportunity for tennis to generate revenue commensurate with its global appeal, the benefits of unifying the sport and the need to provide a better product for fans to compete effectively in the entertainment industry. .

Learn more about One Vision

“We have over a billion fans and we’re undervaluing, undermonetizing,” Gaudenzi told Tsitsipas. “Tennis has a huge competitive advantage because we are global. We have a very strong male and female product and I think we are in a very, very good position to attract a new generation.

Coming together as a sport is another key tenet of the plan, an overarching goal that includes aggregating media rights, streamlining product offerings and increasing the number of premium tournaments where men and women play side-by-side. coast.

“Ultimately putting everything under one umbrella,” Tsitsipas said.

“Under one umbrella, one direction,” Gaudenzi said. “To really streamline the product and provide a better experience for fans, which is the third principle of this plan. We need to change the culture and the mindset by focusing on the fans. Provide a better and richer experience.

For this, it is essential to recalibrate the calendar.

“The schedule is aimed at reinforcing the premium product, which is the primary interest of fans,” Gaudenzi said. “Seeing the best players in the best events in the best cities around the world. So the idea is to develop them like Indian Wells and Miami at 96 draws, 12 days. Then you have Madrid, Rome, two weeks, two weeks. You’d have Shanghai, two weeks Canada, Cincy split three weeks, so we’re trying to grow, giving more days, more prize money, bigger stages.

Tsitsipas followed: “In a way that also means the top 100 players get good financial support for their efforts every year.”

“Exactly,” Gaudenzi said. “Now, if you are guaranteed a stable income, where you can cover your expenses, pay your team salaries. It will be much better. »

Gaudenzi, himself a former Top 20 player, asked Tsitsipas what he thought of Combined Events, an important part of OneVision.

“It’s a better structure, having tournaments organized together,” said the Greek. “It allows more fans to attend and watch their favorite players, whether female or male. They can get the full package in one place.

With the ATP Masters 1000 expanding to Madrid, Rome and Shanghai to 12-day events in 2023 and Canada and Cincinnati in 2025, a recalibration of the schedule is needed. “What’s the plan for taking over 250 when the weeks are going to get longer in 1000?” asked Tsitsipas.

“Good question,” Gaudenzi said. “We don’t have a plan now to reduce the number to 250. We think they are very important. We will reschedule them and also likely have strong Challengers in week two of the Masters for those who lose early to provide player jobs.

Gaudenzi and Tsitsipas also spoke of the significant growth potential of the media. Compared to other sports, tennis is disproportionately dependent on ticket sales, the growth of which is limited due to the size of the stadiums. The largest and most scalable growth opportunity is in media and data, including the production of short, off-pitch, non-live content that appeals to younger audiences and casual fans. Tennis is underperforming in these areas compared to other sports.

“What about the content and the social exposure of the athletes?” Tsitsipas asked the president.

“As you know, we are now working with the Netflix documentary all together. Our research shows that currently, live sport accounts for approximately 50% of fan time. Non-live content, alongside tennis matches, is becoming increasingly important to engage. Especially the younger generations.

“That’s why I think the fact that players and tournaments share the success will also give players a different mindset. So guys like you who contribute very well to our sport, with everything you do on and off the field, will actually contribute to more revenue, ticketing, sponsorship, etc. and you will benefit directly.

“I love this idea,” Tsistipas said. “Finding solutions for a better future.

OneVision consists of two phases. The first phase, which has been approved by the ATP Board of Directors, is focused on aligning the interests of all tournaments and players and improving the Tour’s premium product.

Phase two, working with the WTA, ITF and all four Grand Slam tournaments, will focus on a new unified governance for the sport and unlock the ultimate fan experience.