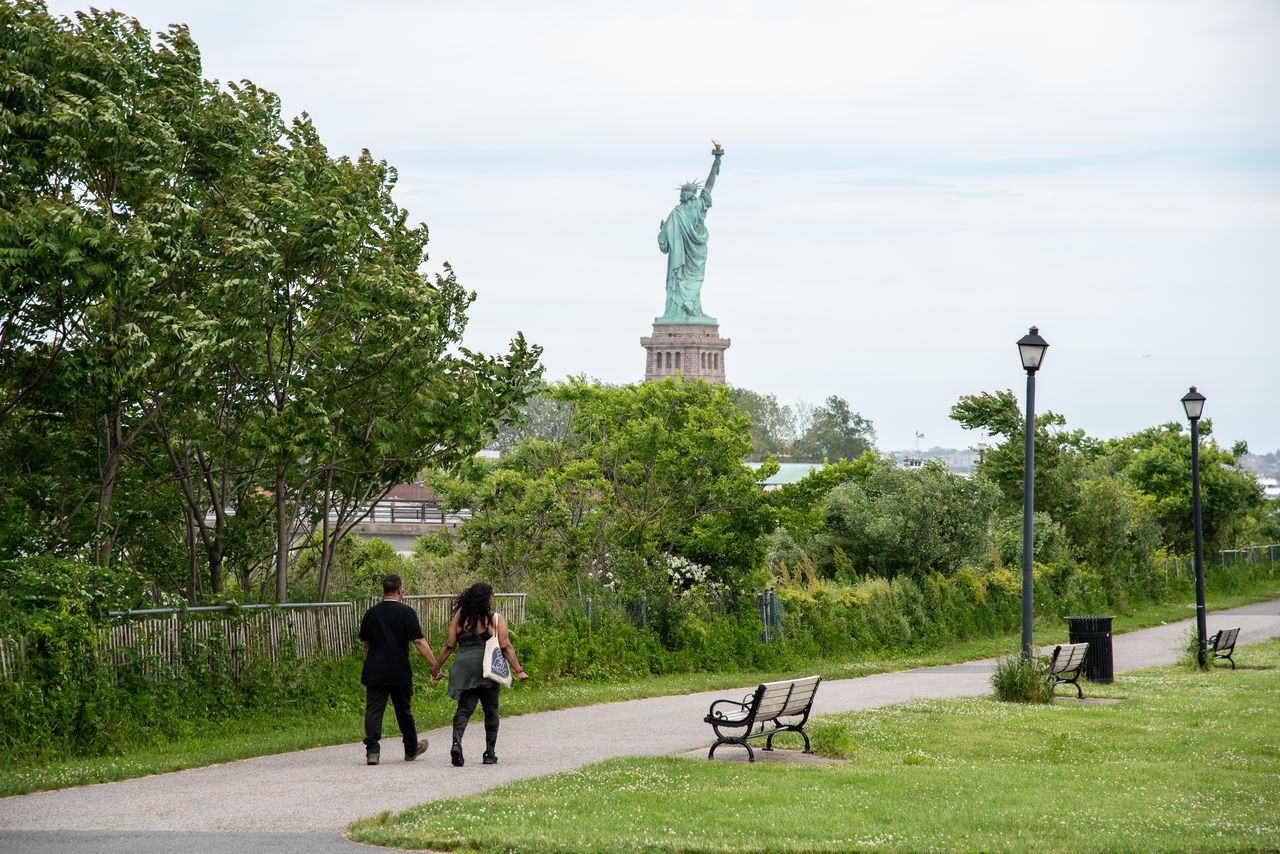 Sounding a lot like a man supporting new Liberty State Park legislation, Gov. Phil Murphy said the waterfront state park “is a gem, but it weighs under its weight” on Wednesday night during his “Ask the Governor” radio show on WNYC in New York.

This week, a group of Hudson County state lawmakers introduced the bill, the Liberty State Park Conservation, Recreation, and Community Inclusion Act, which would provide $250 million for the park’s recreational overhaul.

Critics say, more importantly, that it would allow the state Department of Environmental Protection “to generate revenue and other funds, donations, or endowments to ensure adequate reserve funds for ongoing maintenance. course and future of the park”.

Liberty State Park “could be so much more than it is especially for the residents who live right there in Jersey City, obviously,” the governor said in response to a caller who asked him to pledge his support. to the Liberty State Park Protection Act. The legislation, which was never passed, would have protected the park from privatization while supporting active recreation in the park.

“I don’t comment on legislation that’s not on our desk where we’ve made a decision, so my comment isn’t about anyone’s particular bill,” Murphy said, declining to support LSP Protection. Act.

The governor immediately turned his attention to “a big event (at Liberty State Park) next week,” though he declined to provide specifics.

Longtime park advocates say Paul Fireman, billionaire owner of the ultra-exclusive Liberty National golf course, is behind two groups, Liberty State Park 4 All and the People’s Park Foundation, which support the new legislation. Fireman unsuccessfully attempted to acquire or lease an environmentally sensitive area of ​​the park for three new holes for his golf course, claiming it was necessary to attract major PGA and LPGA events.

Murphy played down the possibility of Fireman acquiring any part of the park for his golf course.

“I think that ship sailed,” he said. “The things that were proposed in a bill this week or what (the caller) was talking about (Assemblyman) Raj Mukherji’s bill (LSP Protection Act), I don’t think that’s up for debate yet. I haven’t heard any part of this debate for a few years now.

Sam Pesin, president of the parks advocacy group Friends of Liberty State Park, again criticized the bill on Thursday and urged the governor to support the protection law.

“I don’t think we can stop worrying about Fireman trying to take the land until the Protection Act is passed,” he said. “This new law creates the opportunity to privatize the park, in the name of trying to pay for itself and its upkeep. Parks are not meant to be self-funding.

Mail from the People’s Park Foundation, touting a 7,000-seat concert hall, 5,000-seat stadium, athletics stadium and other recreational grounds, has arrived in Hudson County mailboxes the same day the legislation is introduced. Critics called it evidence of a coordinated effort between lawmakers, Fireman and the so-called “astroturf” groups.

DKC Sports, a public relations firm representing Fireman, did not respond to a request for comment.

Murphy failed to mention it on the broadcast, but state officials announced last year that a task force was formed to redesign DEP Liberty State Park and that at least 61 acres of the park would be devoted to the ball field and active recreation. The new bill reiterates much of what the task force has already worked on.

“Sometimes people think, ‘OK, it’s in pristine pristine condition right now, doing everything it needs, especially for the neighbors who live next door.’ It’s not. It’s not. It has to be better and it can be better,” Murphy said. “…We have to give people a lot more access than they don’t.”

Murphy returned to the point that everyone agrees on, which is that active recreation facilities are needed at the park.

“I want to take stock, the right solution is not to keep it as it is,” he said. “It’s a gem, but it can be much, much, much better, especially for the people who live next door.”