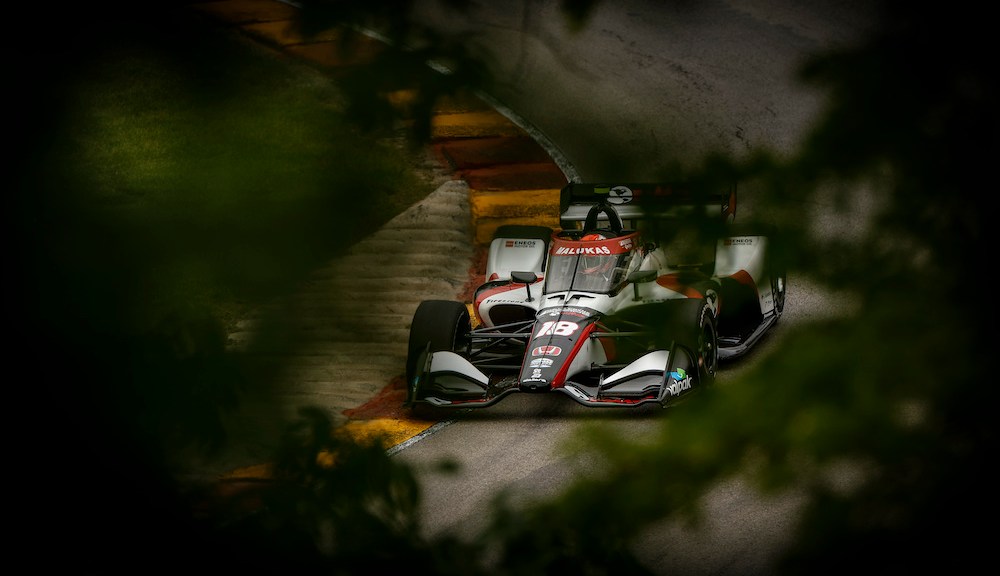 One is a first-generation Lithuanian-American from Illinois who is all 20 and working through the struggles of being an IndyCar rookie. The other is one of the sport’s veterans, a 45-year-old living legend in his native Japan with two Indianapolis 500 wins named after him and a new opportunity to extend his career at one of the series’ perennial underdogs. .

On paper, David Malukas and Takuma Sato don’t make sense as teammates. With one facing everything to learn and the other looking to enjoy his final IndyCar years on his own terms, the newcomers to Dale Coyne Racing couldn’t have less in common. But somehow, an IndyCar veteran nearing his sunset and a kid fresh out of his teens became the show’s odd couple, forming a strong bond that’s as surprising as it is mutually. beneficial.

“I mean, you’re not wrong at all,” Sato tells RACER as he and Malukas stand in the back of their DCR trailer at Road America. “The thing is, we were born in completely different times.”

Malukas represents something completely different to Sato. Beyond the obvious age gap – the Tokyo native began his Formula 1 career when his new teammate was around six months old – Sato finds himself in a new role as a mentor to a promising Indy Lights graduate .

A far cry from the days at Andretti Autosport or Rahal Letterman Lanigan Racing where his primary responsibility was to focus on himself and deliver the best results for the team, Sato’s move to DCR in Rick Ware Racing’s #51 Honda came with additional expectations.

“I think other than Conor Daly, who was a rookie with me at the Indy 500, for a teammate of the season, David is the first real rookie I have,” Sato said. “Obviously, I have 20 years of racing experience. I had a lot of teammates, but only one is a young and promising driver, and since we didn’t have a lot of time before the season, we had to really get to know each other on the track. But we seem to get along well. »

Sato has had many teammates over the years, but Malukas is the first full-time recruit he’s been paired with. Michael Levitt/Motorsport Pictures

The chance to learn from Sato was a big draw for the Malukas family, who signed a multi-year deal with DCR to field the #18 HMD Motorsports Honda.

“One of the main reasons we came to Dale Coyne Racing was because we knew Takuma was going to be there,” says Malukas. “And the first time I met him was at the Eddie Merlot restaurant, and it was amazing. It was like love at first sight. I was at the gym, he called me and I jumped on it. We took pictures and everything, but we had to keep quiet because it was before any announcement, so it was very cool.

One of the standout aspects of this Gen X and Gen Z mashup is how close Sato and Malukas are in races. In the most recent round it was Sato in 15th and Malukas in 16th, and go up a race in Detroit and it was Malukas coming home in 11th and Sato in 13th. Back to the Indianapolis 500 in May and the duo that ran at the same pace for most sessions, and on race day it was Malukas who was home first in 16th, leading all rookies , and Sato 25th.

The Indy Lights Championship runner-up is full of talent, but it’s safe to say that without Sato’s continued investment in his development, Malukas wouldn’t follow the six-time winner at this point in his rookie campaign.

“Throughout this season so far, he’s given me so much advice,” Malukas acknowledges. “He helped me so much. I did some stupid things along the way, and he just came to stop me and said, “Well, David, that was stupid.” And I’m like, ‘Yeah, I know, that was really stupid.’ But that’s one of the things I love about him. He really wants to help me. And he supports me and asks me about setups and wants to try different things. And it’s very cool. The connection we had as a friendship has definitely grown a bit, especially recently. It is very good.”

From this most unlikely Lithuanian-American-Japanese connection was born a great chemistry and an infectious enthusiasm that made its way throughout the collective DCR-RWR-HMD camp. 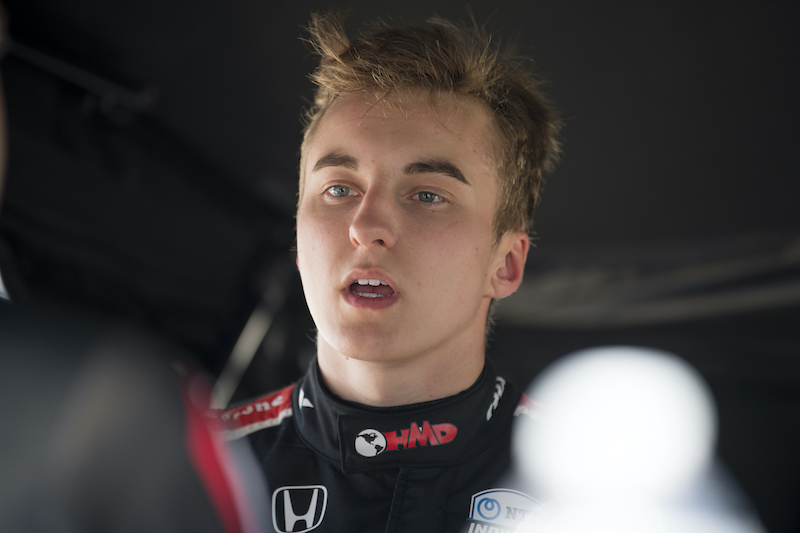 For Malukas, the opportunity to learn from Sato was a big factor in deciding to sign Coyne. Motorsport pictures

“David has raw speed and talent, and like I said, he’s a team player and I have to help this guy get up to speed and eventually become an asset to the team because then we we can speak the same language in terms of driving and vice versa,” says Sato. “If I find something good, he’ll take it, and if he finds something good, I’ll take it to make my car more quick, and they’re very healthy teammates.”

“When you walk into other teams you’re looking at the engineering room and all the drivers are separated doing their own thing. But for us we’re going to do our debriefs and all of a sudden all the chairs are going to go turn to each other and we all work together. We trust each other, and for Takuma and I, we know that our riding styles are very similar to the point where we can try different things and then come back and choose the best elements for we both.

After slipping to 18th and 19th places in the championship, Sato and Malukas have their work cut out for them in the remaining nine races. Wherever they end up in the final standings, the odd IndyCar couple will likely be close to each other once the season is over.

“What you get is what you see,” Sato says. “For David, there are no hidden parts. Obviously, he’s trying to prove himself as fast as he can. But instead of being sneaky and keeping something in your pocket and trying to hit your teammate, we have no such thing. It’s completely open. Raising the bar for the team: that’s ultimately our goal, so I’m giving it everything I have. And he is obviously doing very well. It works really well and the team loves it.