Lamborghini Squadra Corse has announced Andrea Caldarelli and Mirko Bortolotti as its first two drivers for the brand’s LMDh programme, which will begin in 2024 in the FIA ​​World Endurance Championship (Hypercar class) and IMSA WeatherTech SportsCar Championship (class GTP).

Both Caldarelli and Bortolotti are already factory drivers for Lamborghini and have extensive experience and success in the marque’s GT3 programs.

Their roles in the future LMDh program will begin as test drivers for the Ligier-chassis car as it progresses through its development stages.

“We are particularly proud to announce that Mirko and Andrea will be the first drivers of the LMDh programme,” commented Giorgio Sanna, Head of Motorsport at Lamborghini. “Both have
have contributed substantially to Lamborghini achieving historic results in GT racing and their addition to the LMDh project also rewards their continued commitment to the Squadra Corse family. I am sure that their talent and their experience will be an additional asset for our competitiveness in the premier category of endurance.

Bortolotti was born in Trento on January 10, 1990. He began his career in karting and at 15 he made his debut in formula racing cars, racing for six seasons in different series and winning the Italian Formula Championship 3 and the FIA ​​Formula 2 title. He won his first victories with Lamborghini in Italian GT in 2014, and the following year he scored several podiums in the Blancpain GT series and a victory at the ADAC GT Masters with the new Huracán GT3. At the end of the season, he was confirmed as an official driver and in the following years won the Blancpain GT Series championship (2017), the 24 Hours of Daytona (2018 and 2019) and the 12 Hours of Sebring (2019) in the GTD Class driving GRT Grasser Racing Team Huracán cars. 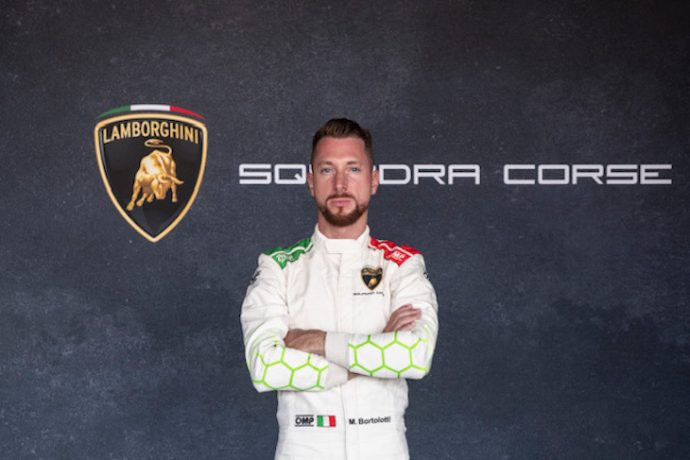 Bortolotti then made his DTM Championship debut with Grasser Racing Team, and leads the standings halfway through the 2022 season.

“I am so happy to continue my career at Lamborghini,” commented Bortolotti, “and to start an exciting new chapter. And I am very grateful to Squadra Corse for making the LMDh project possible, and for the unconditional confidence that they have granted me since 2014. Representing the brand on the most important stage of endurance racing and competing for overall victory in the great endurance classics is both an honor and a responsibility.

Caldarelli was born in Pescara on February 14, 1990. After getting his start in karting and European Formula racing, he moved to Japan to pursue a successful career in Formula and Super GT racing cars. In 2017 he was recruited by Lamborghini as an official driver, helping to win the Blancpain GT Series title with teammates Bortolotti and Christian Engelhart in Grasser Racing Team Huracán GT3. In 2019, he won the “triple crown” of the GT World Challenge Europe at the wheel of the Huracán GT3 EVO of the Orange 1 FFF Racing team (of which he is also team principal) in duet with Marco Mapelli. In 2020, he won the 24 hours of Daytona in the GTD category with Paul Miller Racing. The following year, he starred in a triumphant season in the Fanatec GT World Challenge America Powered by AWS, winning the drivers’ title with the K-Pax Lamborghini team. In 2022, Caldarelli has remained in the US Championship and is on course for a second straight title, having won every race this season so far for K-PAX Racing. 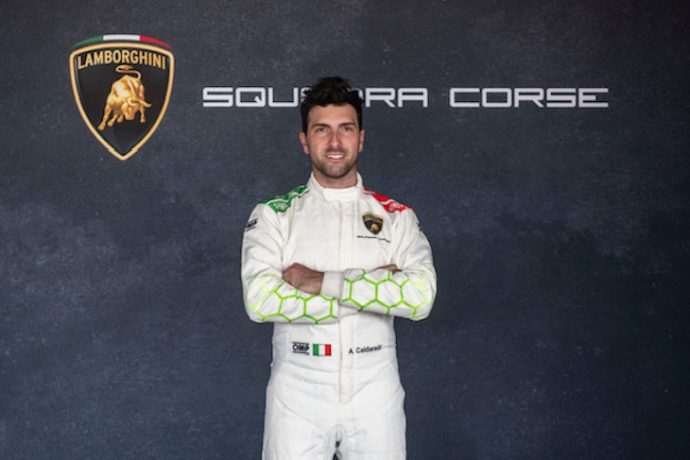 “I’m really happy to be part of the program, which is really fantastic, and in general of this new challenge of Lamborghini Squadra Corse”, commented Caldarelli. “In 2017, when I started racing for Lamborghini, my goal was to fulfill my childhood dream: to race with my favorite car brand in the most prestigious endurance races. I had the opportunity to race on the Circuit de la Sarthe in 2022, winning both Road to Le Mans rounds with the Huracán GT3, and it was really special. I can’t wait to get behind the wheel of an LMDh: I’m really excited about this new adventure, and I will do my best to bring all my experience to this project and win new and prestigious trophies.