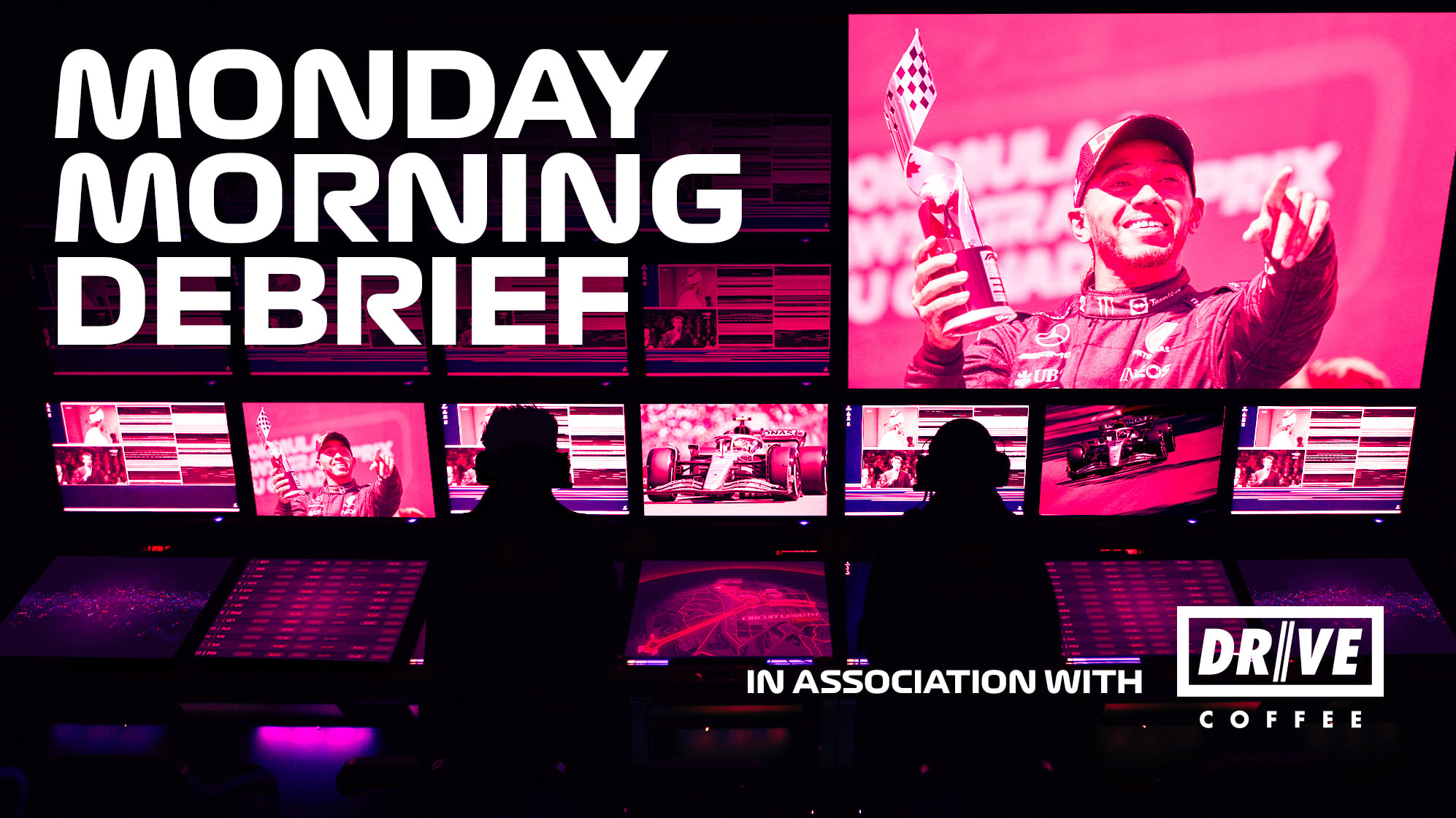 What happened to Friday’s awful hopping, bouncing Mercedes in Montreal? How did it become the stable and more civilized ride of Saturday and Sunday, the one that saw Lewis Hamilton and George Russell finish solidly in third and fourth?

Hamilton didn’t even finish his long run on Friday, so bad was the car as he tried another experimental setup, with the team using their experience to assess the situation as Russell stuck with more conventional trim.

Putting data from both setups together, the team raised the rear ride height and softened the suspension to dampen the rebounds. Russell hadn’t been as unhappy with his W13 on Friday, but he still found the revised setup to be an improvement, although he didn’t consider it any kind of breakthrough.

“The porpoising wasn’t that bad,” he said, “but it’s still smashing up and down on the ground while we were in Baku. It’s certainly less extreme just because of the nature of the circuit, the lower speed, but the inherent problems with the whole thing are far from solved.

SIDE-BY-SIDE: Watch Hamilton and Magnussen battle it out at the start of the race in Canada

“The potential is really there if we can get the settings right,” Hamilton said, “and I think that’s been the hardest thing this year: really trying to optimize the settings. The window on this car is a lot , much smaller than any other car we’ve experienced.

“We tried two different ways [on Friday] and the avenue where I was going down was dreadful. So we gathered all the data we had and made drastic changes to the configuration. And it was much, much, much nicer today. More in line with what we had expected and that was fine. When you go a full race distance you find out a lot about the car and the relationship you have with the car and the data etc. So there’s a lot to take away from today.

Knowing that qualifying should be wet and the race dry, Mercedes split their rear wing options. Russell got a taller rear wing to help in qualifying, knowing the lower straight-line speed would likely make things difficult on race day. The choice of Hamilton’s wing was made in the hope that it would be slower in qualifying but faster in the race.

READ MORE: Sainz proud to be ‘the fastest on track for the first time this year’ even though he missed out on his first win in Canada

In fact, Russell’s brave but doomed attempt to use slicks as a dry line started to show at the end of Q3, which saw him start four places behind Hamilton.

That was bad news for Russell. The good news is that the bigger wing’s expected penalty on Sunday didn’t materialise. The tailwind in the back straight and the pit straight was strong enough not to make things too painful. It also helped that, coincidentally, Russell was never in a position to try to pass or prevent himself from being passed. He could just take the lap time and enjoy the benefits of the tires without the drawbacks.

“The track grip was much better than I expected,” he said. “We took a bit of a risk and thought the track was resetting after yesterday’s rain, heavy degradation, the bigger wing would have been good. But with the change in wind direction, the grip was really strong today.

READ MORE: Alonso goes from P7 to P9 after being hit with a five-second penalty in Montreal

The car handled much better than in the previous race in Baku, although there are some similarities in the requirements of the two circuits.

Mercedes believe two contributing factors differentiate the performance. The first is that there are no long lasting fast corners like Turn 13/14/15 in Baku, where the W13 was losing most of its lap time.

Still, the car handled very well in Barcelona, ​​a track with lots of fast, long corners. But they are smooth-surfaced, unlike Baku. Montreal had several new sections of slick tarmac laid and it was notable that the car seemed to respond well to these pieces.

How fast was that?

Towards the end of the stints, Hamilton and Russell were able to set times within tenths of those set by Max Verstappen’s Red Bull and Carlos Sainz’s Ferrari, who were battling for the lead.

But it was a misleading picture. Its ultimate pace deficit remained at around 0.8s per lap, but the day’s heavy tire degradation and the tough pace Verstappen and Sainz were forcing on each other meant the Merc’s tire performance was better. Hamilton and Russell weren’t wheel-to-wheel and could run their races at the most efficient pace, while Verstappen and Sainz were just trying to be ahead of the other.

“At the end our race pace was definitely the closest we’ve been to all season,” Russell said, “so we’ll take the positives. But the inherent performance is still a long way from where we want to be.