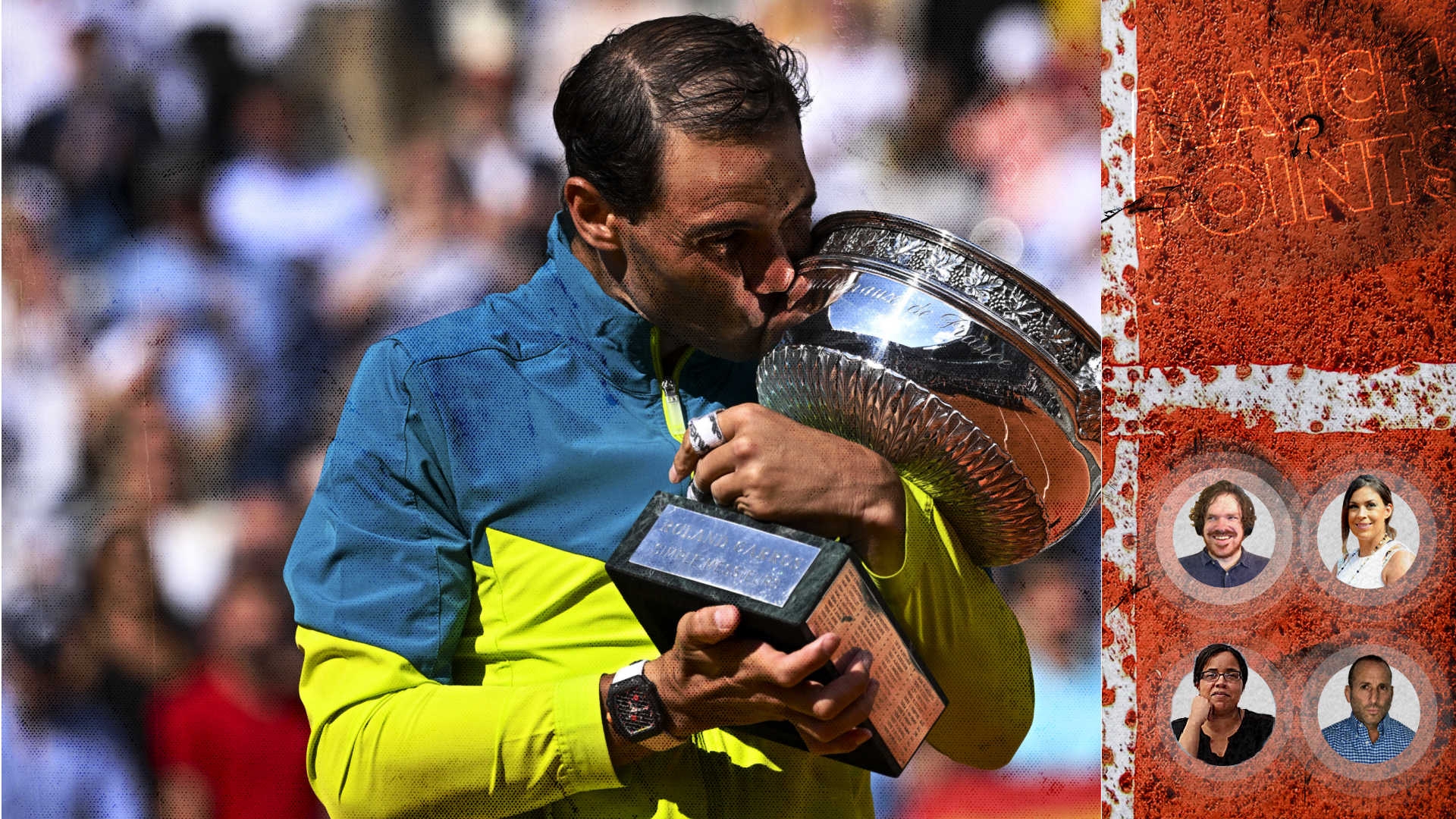 Rafael Nadal won his 14th title at Roland-Garros on Sunday, but at what price? This is the main topic of discussion in the latest episode of Match Points.

Host Josh Cohen speaks with former Wimbledon champion Marion Bartoli and journalists Carole Bouchard and Ben Rothenberg to get their perspective on the health and fitness of the 22-time Grand Slam champion.

On Match Points, they also discuss the supremacy of women’s world number 1 Iga Swiatek – and the ongoing debate over the scheduling of night sessions, which has caused such controversy in Paris. Amelie Mauresmo, the tournament director, fought hard, defending her record as a women’s tennis supporter – but people are still wondering how matches are selected for the high-profile prime-time spot.

1.11 – Host Josh Cohen asks if Rafael Nadal pushed his body too far to play and finish Roland Garros. Bartoli says she could see the pain on her face from the start of the tournament – and she thinks her goal was simply to win Roland Garros without considering anything after that point.

3.38 – Bouchard says it’s up to us to consider his physical condition – and it’s clear that without his medical team he wouldn’t have been in the draw. “He knew the sacrifice he was making,” she said.

8:00 p.m. — Nadal has always said having the Grand Slam record doesn’t mean much to him — and Cohen wonders what the panel thinks. Rothenberg says he thinks it has the unintended effect of annoying Novak Djokovic, who cares about having that record. He thinks Nadal is more philosophical, seeing the journey as the destination as well.

9:30 a.m. – Bouchard says Djokovic is driven by the desire to be the best and hold the records, while Nadal says his life won’t change anymore because he has already achieved his dreams. She says Nadal maybe doesn’t care how many Grand Slams he wins, but maybe he wants to finish above Djokovic.

10:50 a.m. – Bartoli points out that winning 14 editions of a Grand Slam is incredible and unlikely to ever be bettered. “His career was shaped on this court,” she says of the Philippe-Chatrier court.

1:35 p.m. – Nadal says Djokovic is in the best position to win the most Grand Slams at the end of his career, and the panel agrees – although Rothenberg raises the possible obstacle of Covid vaccination, without which he cannot would still not be allowed to enter the United States or Australia.

5:45 p.m. – Iga Swiatek was totally dominant at Roland Garros, but Cohen asks if she is still underrated. The panel discusses the state of the top of the WTA Tour, and Bouchard wonders if no one else is willing to do the work necessary to step in and challenge her.

“The numbers speak for themselves,” says Rothenberg.

24 – Next on the agenda were Amelie Mauresmo’s comments that the men’s matches were more appealing than the women’s matches when it came to night session scheduling. Bouchard says those words were wrong – and adds that very few male players would make for a “fascinating” game right now.

11:45 p.m. – Bartoli – one of Mauresmo’s former opponents on the court – says it was her first year as Roland Garros tournament director and she will have taken note of what works and what doesn’t not work for future reference.

35.50 – Inevitably, the discussion about whether men should play best-of-three has resurfaced – this time it was Billie Jean King who brought it up. The panel is not unanimous on this particular issue – and Bartoli suggests an entirely different solution, while Bouchard points out that players hate being on the court in Paris at night anyway because of the cold conditions.

43.07 – This edition ends with a discussion of the current situation in Ukraine and the banning of Russian and Belarusian players from Wimbledon. The panel talks about what the ATP and WTA could have done – if anything – other than take away ranking points from the tournament. Bartoli surely speaks for everyone when she says, “I just want this war to end.