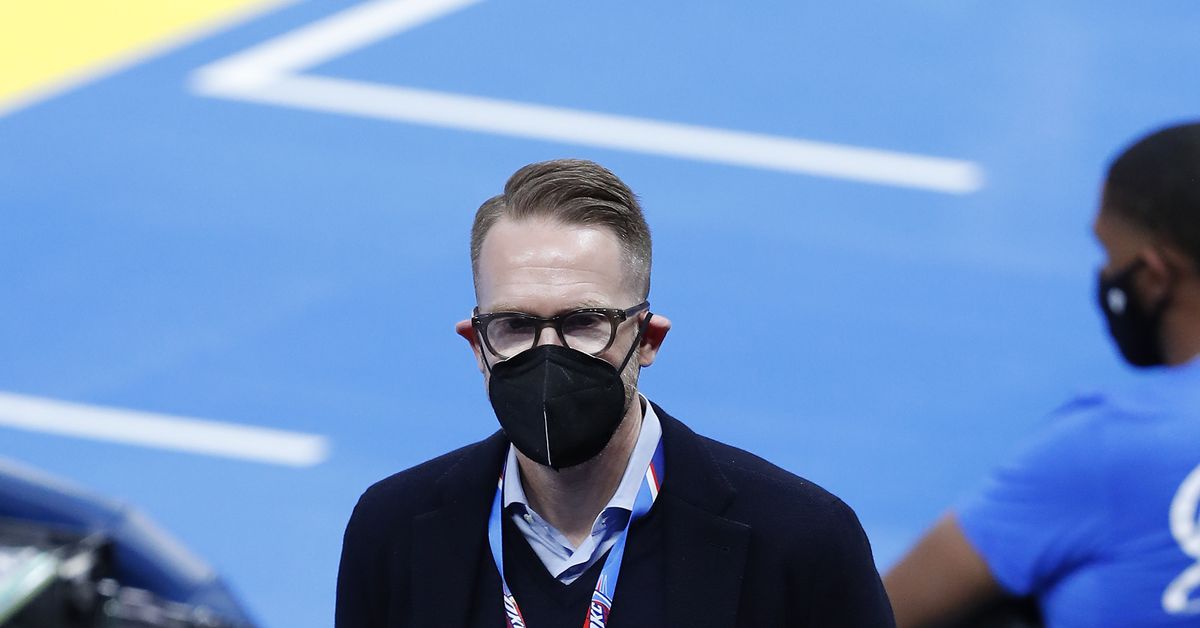 The NBA draft will take place next Thursday and the rumor mill is already in full swing. Over the past few weeks Oklahoma City have been linked with a number of draft players and it has been difficult to determine which rumors should be considered and which should be dismissed.

I saw the Thunder linked with taking Shaedon Sharpe, Jaden Ivey, Bennedict Mathurin, Chet Holmgren, Jabari Smith Jr, Patrick Baldwin Jr and Jalen Duren. Oklahoma City has three picks in this draft and may not even use all of those assets.

All rumors will be rated from 1 to 10, with ‘1’ being the most outlandish and least credible rumours. ’10’ will be the rumors that make sense and carry some weight.

Jaden Ivey had an impressive season at Purdue and moved up to No. 1 in the draft. I have no problem putting Ivey on the level of Jabari and Paolo, I think his game will only improve in a league where the spacing is significantly better.

Ivey excels in the downhill and couldn’t always maximize his abilities in the college game. College basketball has a narrow painted area that greatly enhances the value of a traditional center. The narrow lane means non-shooting centers can position themselves closer to the edge and shoot over the defense more easily.

Coach Matt Painter opted to play a center rotation of Zach Edey and Trevion Williams to take advantage of this part of the college basketball meta. Both players weren’t shooters and were tightening the interior space available to Ivey.

In the professional game, Ivey will have a wider lane to operate and centers that have minimal shooting range. He will have more space to attack and should be able to realize his potential at the NBA level.

Ivey is known to be a player the Thunder are interested in, but I don’t think Sam Presti would use the No. 2 pick on a player who doesn’t necessarily meet the Thunder’s needs. Oklahoma City needs a young player with an almost unlimited cap at center. Chet Holmgren fits that description perfectly.

It’s more likely Sam Presti is trying to make a trade for No. 4 so he can acquire Ivey. Sacramento are in winning mode now and seem happy to make the pick if they find a player who can improve their near-term prospects. The Thunder could offer that with Kenrich Williams or Lu Dort as well as future first-round picks.

Rumor #2: Shaedon Sharpe intentionally bombs his workouts to get to Oklahoma City at #12.

Shaedon Sharpe is the mystery man of this current class. He didn’t play college basketball for Kentucky and we last saw him in a competitive environment playing for Dream City Christian in Arizona.

He is a difficult player to assess for the fact that there are so few films about him. It’s hard to draw a conclusion on his potential without seeing Shaedon play against some top competition.

Earlier this week, Andrew Schlecht of Up to Dunk said he had heard that Shaedon performed poorly in practice after visiting the Thunder. Sharpe revealed in his media interviews on Saturday that the Thunder liked what they saw.

Shaedon Sharpe on training with OKC: “It was my first training. The feedback I got was pretty good.”

Both of those pieces of information have led many to believe that Sharpe would like to end up in Oklahoma City and is happy to aggravate his draft stock to achieve that goal. It sounds like a wild claim, but I think there’s an element of truth to this rumor.

Shaedon shares a lot of ties with the Thunder. The first being his adviser. Sharpe is advised by Dwayne Washington. Washington was Shai Gilgeous-Alexander’s AAU coach and worked with Shai as brand manager.

There’s a good relationship between the two guards and it’s possible that Gilgeous-Alexander’s time in Oklahoma City informed Sharpe’s perception of the Thunder.

It should also be noted that the Thunder have seen many Kentucky Wildcats pass, 9 players in total. There’s a wealth of experience that Sharpe can draw from and that experience comes high and low on the list.

Much of the background information is tangential to where Sharpe lands, but I thought his list of workouts was quite interesting.

Shaedon Sharpe said he worked for OKC, Orlando, Detroit, Charlotte and San Antonio. He said he has upcoming practices with Indiana and Portland.

The roster only has six teams and all six teams no doubt have other issues to deal with. Orlando is nailed for Jabari Smith Jr. Detroit and Portland are both trying to work out deals to move up and get someone like Ivey or Banchero. Both Charlotte and San Antonio are too low to have a chance of landing Sharpe.

For me, I think there’s enough gossip in these rumors to be believable. Sharpe is the kind of high-risk, high-reward prospect that Presti likes. Sam has no qualms about high schoolers, please see Darius Bazley or raw talent, please see Poku. Shaedon is an excellent value at 12.

Rumor #3: The Thunder are considering selling SGA to Washington.

I must say I laughed when I heard this one. There’s no way Sam Presti is dealing with one of the most promising young guards. Shai still has five years left on his contract. It would have to be a “godfather” offer to bring Sam to the table.

The Wizards don’t have anything the Thunder really want. No.10 Rui Hachimura or Deni Avdija is not enough of a comeback at all.