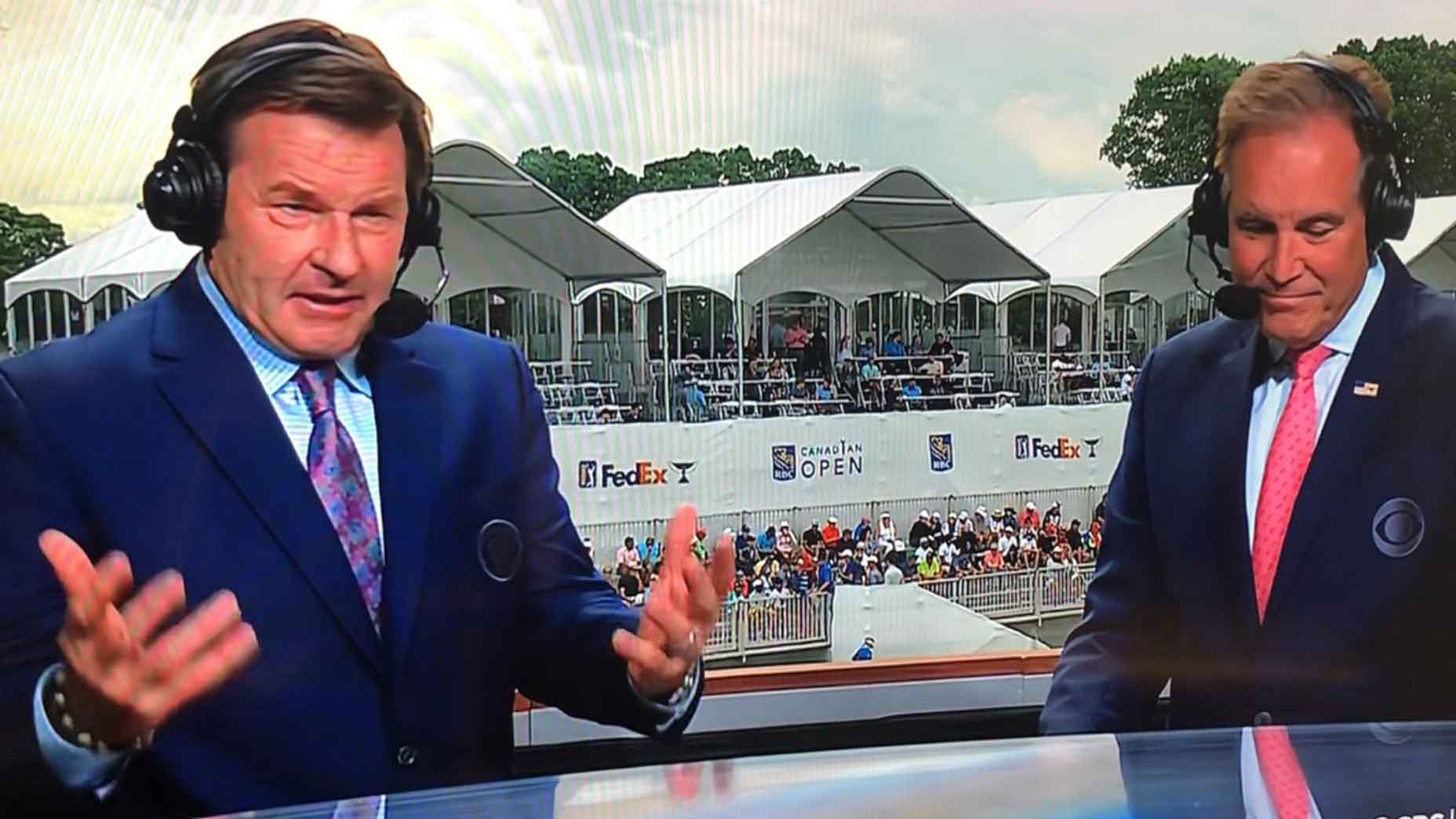 Nick Faldo and Jim Nantz Saturday during the broadcast of the Canadian Open on CBS.

Nick Faldo, Jim Nantz and CBS began his introduction in his PGA Tour coverage with kind words about his standings and the golf course they were on.

They then spoke for three minutes, mostly candidly, about “a story that also exists.”

In CBS’s first TV commentary on the Saudi-backed LIV invite series – which wrapped its first event on Saturday about an hour before the Canadian Open aired – Nantz noted the world ranking (126th) and the Lack of recent success from Charl Schwartzel (no wins in six years), the event champion, and then Faldo took hits on the format and the players, and Nantz said he felt “betrayal”. The tone could be considered both surprising, given the network’s previous silence, and anticipated, given CBS’ long relationship with the Tour, which Nantz revealed.

After noting that the Tour this week suspended its members who played in the event and showed press conference clips of Rory McIlroy and Justin Thomas talking about the show, Nantz asked Faldo for his “thoughts.”

“No. 1, you saw those faces, you can’t feel good about being a great champion to be suspended from the Tour,” Faldo said. “We have two totally different golf tournaments. tournaments and national championships here. And the LIV Tour, what is it, 54 holes and no cut, shotgun start, you know, it sounds crazy.

“And the other thing that’s very visible is the players who are gone. Obviously they’re in their 40s, they’ve been here on the Tour, they’ve fought and they probably know they can’t winning here against these youngsters. So they take the easy option of going further and trying to win a boatload of money.

Nantz then noted the CBS broadcast partnership and that “we’re proud of it,” before saying he and others felt misled.

“But I think about — what I keep hearing from people is also a sense of disappointment, even a little betrayal,” Nantz said. “They were always told the story – and I know it was true – that at some point in their career the dream was to play on the PGA Tour, to build a legacy, to build your future financially.

“And the Tour has been good for them. It’s a tour that’s been coming to those communities for decades and making those communities better than they were when they first got there. I’m not talking about millions; I’m talking Billions dollars in these communities.

“I think all the players are proud of that because you always get thanked and they say, oh, great to see you again,” Faldo said. “You know, I’ve been on the Tour for decades and now decades with television as well, and you love it. When you were a kid it was your dream, to go out and compete against the best and that’s what you do.

At this point, Nantz stopped the conversation, there was a three-second pause, and CBS showed Shane Lowry hitting a putt.

Exclusive for InsideGOLF members: Join Sean Zak and Dylan Dethier at 11 a.m. Monday for a live chat about how the first LIV golf event is going on the site, as well as what the new league means for the game. a member? Sign up here for only $20/year.