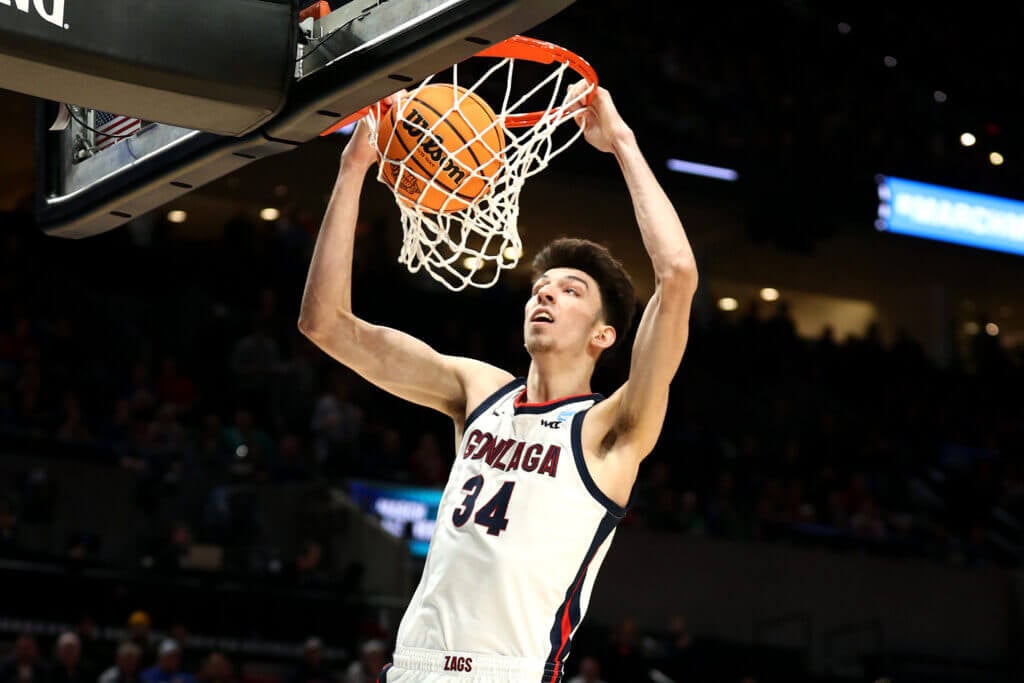 As promised, here’s part two of the mailbag that began last week, this time addressing the possibility of the Pistons landing Chet Holmgren, progress in the 2022 NBA Draft, next year’s expectations and more.

(Editor’s note: The questions have been slightly edited for clarity.)

Is there a chance that one of the top three teams in the draft will go for Jaden Ivey, and the Kings do Kings things, so the Pistons get one of the big three? — @truckingpayroll

I strongly believe there will be some quirks atop the 2022 NBA Draft. My biggest reason for this hunch: The Oklahoma City Thunder are involved.

Sam Presti and Co. is difficult to assess. One would imagine, assuming the Magic take Jabari Smith from Auburn, the Thunder will take either Holmgren or Paolo Banchero. Oklahoma City, from a roster-building and positive perspective, needs a top-notch forward prospect to partner with its promising backcourt. It makes sense. However, as you all know, the Thunder haven’t had a whole lot of sense (and not necessarily in a bad way) in recent years. They defy convention.

There really is a world in which I could see Oklahoma City take Purdue’s Ivey at No. 2. Then I could see the Rockets take Banchero, who has in-game skills that should benefit Houston’s scheming and sometimes wild young guards. . He would be a good connector for the Rockets. After that, I got to see the Kings take Keegan Murray, who is the NBA’s most ready prospect in this class. Sacramento seems to have an interest in ending a million-year drought in the playoffs. That would leave Holmgren sitting there for the Pistons at No. 5. Holmgren, more so than Smith or Banchero, is the one you hear scolded about possibly dropping the top three, though I think it’s unlikely.

Do I think that exact scenario plays out on draft night? I wouldn’t bet money on it. However, that wouldn’t surprise me.

Do you think the Pistons could try to move on to the draft for one of the top three players? — @PistonsCade

I do not think so.

For starters, I just don’t see Detroit giving up young assets at this stage of the rebuild. The Pistons have spent the past few seasons restocking their property cabinet and hoarding young talent. Realistically, the fifth pick and either Isaiah Stewart or Saddiq Bey should be the basis of a trade to progress. I can’t imagine Detroit parting ways with either right now. — unless, of course, an opportunity to land a bona fide star presents itself.

Secondly, as I said before, I really think the Pistons like their options at No. 5. If you ask me, chances are the best player in this class in five years will be someone who comes out of the top. Three. I’m not as impressed with Holmgren, Smith or Banchero as I am with Cade Cunningham, Jalen Green and Evan Mobley. I wouldn’t be surprised if the three big names in this class are just OK players once the dust settles.

If the draft, free agency and trades go well, what are your thoughts on the floor and cap for this team next season? — @realgabesipes

First, it is important to establish what “all is well” means. Of course, depending on who you talk to, the definition may vary.

If you ask me what I consider “everything is fine,” I’d say the Pistons would leave draft night with two top 10 picks (meaning they had traded Grant) and then, in free agency, they would would sign a fictional, above-average shooting guard like Gary Harris to a one-year contract, re-sign Marvin Bagley III and fill the margins. I’m in the camp of thinking they should move on from the 2023-24 season and invest heavily in the roster next summer. If things don’t go very well in that scenario, Detroit is giving Victor Wembanyama or Scoot Henderson a chance in next year’s draft. This route likely has a floor of a top-five pick and a Play-In Tournament cap, assuming Cunningham is a borderline All-Star and Bey and Stewart make the expected jumps.

The popular “everything is fine” among the Pistons fan base (on Twitter, at least) appears to be getting Jaden Ivey at No. 4 and executing a signing and trade with Phoenix to get Deandre Ayton. This team likely has a Play-In tournament floor and a first-round competitive play cap. Definitely more instant gratification with this route, but I’m not convinced the long-term prospects are as bright.

Beauty is in the eye of the beholder.

There’s a lot of talk about Grant and the draft pick, but of the players currently on the roster, who do you think will have a standout season? — @AustinDayeFan

My vote is for Stewart.

The sophomore big man showed real signs of being a pretty good pick-and-roll defender last season. He also finished the year making 11 of 18 shots from distance – a rate of 61% in his last eight games. I think he will be given the green light to space the floor immediately at the start of next season. If Stewart has the support of the coaching staff to pull the 3-ball out of the gate, I think fans will see the 21-year-old be more of a constant ground-spacing threat.

If the Pistons can’t find a trade for Grant, will they essentially be forced to extend him this offseason? — @CorumsBurner

Naturally, some might see losing Grant for nothing as very important. And that might be true if there are decent-to-good trade packages available this summer, but Detroit waits until the deadline, nothing shows up, and then Grant turns down an extension and walks into free agency. It wouldn’t be ideal.

However, what if opposing teams interested in Grant change their plans and the Pistons consider extending him but choose not to? I don’t think this scenario is the end of the world. After all, Detroit would be opening up $20 million of cap space next summer, when the free agency market will be much more attractive than it is this summer. If that cap space helps the Pistons land someone important, I don’t think many fans would complain that Grant wasn’t traded.

I guess if the Pistons don’t trade Grant they’ll extend him, but there are a few moving parts that need to be sorted out before an extension really becomes possible.

What is the appetite of ownership and management to refuel another year? —@adityav84

I don’t think “tanking” is the right word here, but I know what you mean.

I feel like there are some owners and managers who wouldn’t mind riding with the youngsters for another year and dropping the chips where they can. Which means that if the Cunningham-Bey-Stewart-No. 5 pick-No. The core of 7 picks leads the Pistons to the Play-In tournament, they will be delighted. If this group leads to another top five pick but individual players improve in the process, I don’t think it will be the end of the world.

On the other hand, I know that some of the decision makers are ready to get the ball rolling and make a big shift sooner rather than later. That being said, I feel like all (or most) are in unison and acquiring young talent is of the utmost importance. I don’t feel like there’s a mandate to make the playoffs next year, but the franchise wants to feel good with the people in charge of moving the ship forward. The organization, as a collective, always seems to have its eye on the future and building this thing the right way, with draft picks, money-saving deals, and patience when it comes to a big financial commitment.

Things can change, of course. But right now, the Pistons aren’t rushing their process just because outsiders might start to get nervous.