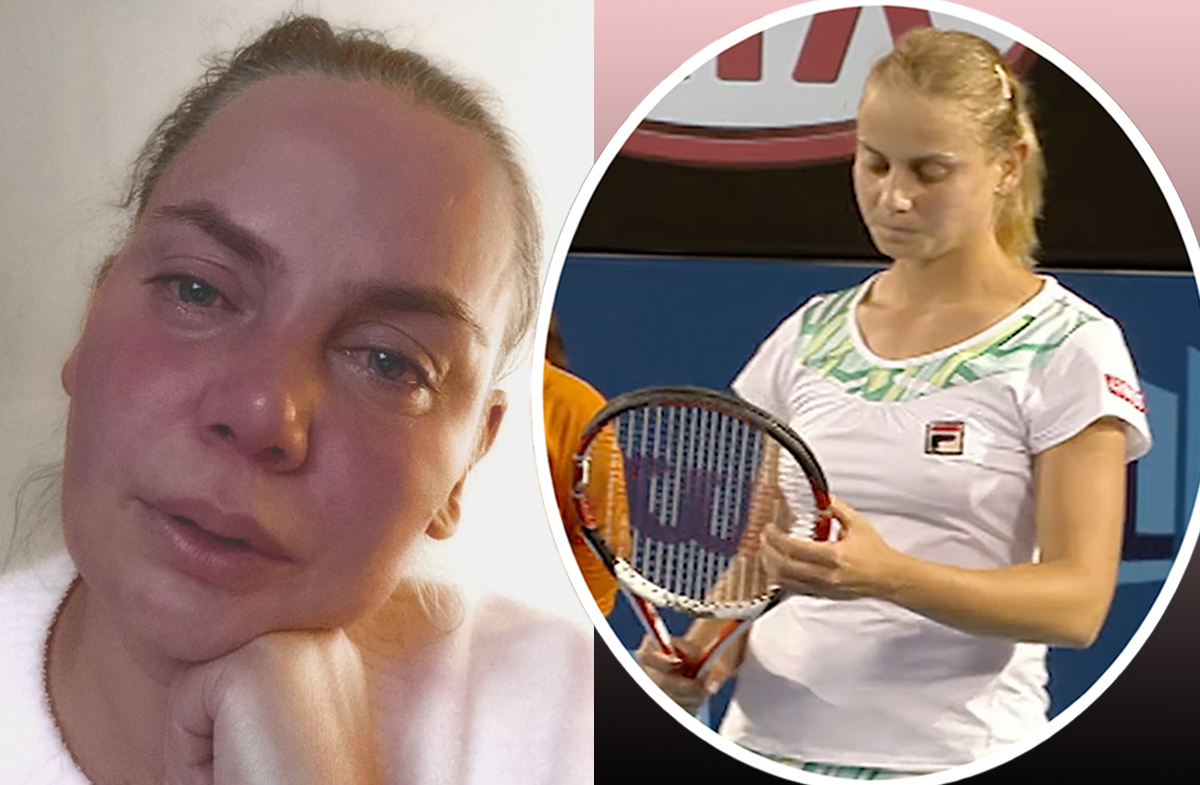 In a heartbreaking instagram post this week, the retiree WTA legend opened up about her struggle with mental health and the day she nearly killed herself:

The 39-year-old went on to explain the state of her mental health:

“Everything is blurry. Everything is dark. No tone, no image, nothing makes sense… just tears, sadness, depression, anxiety and pain.

This shocking revelation sure stunned fans around the world… But what could be the underlying reason for Jelena’s sudden downturn? The athlete explained:

“The last six months have been difficult. It was constant crying everywhere. From hiding in the bathroom at work to wipe away my tears so no one would see, to unstoppable crying at home within my own four walls has been unbearable.

So sad. Part of the past six difficult months includes an absolutely devastating personal loss.

Earlier this year in January, Jelena shared the news on Instagram that she and her 19-year-old boyfriend, Tin Bikichad decided to go their “separate paths”, citing:

“Sometimes these things happen, people break up and it’s for the best.”

The world champion explained at the time how much the breakup had affected her:

“It’s tough, I’m in pain, I’m injured, I’m lost and right now it’s just about being able to get out of bed in the morning and put one foot in front of the other.”

As Jelena dealt with the emotional repercussions of uprooting a major aspect of her life, she reassured herself and her fans that she is “a fighter” and “will fight until the end”.

That breakdown aligns with the six-month timeline she cited in her Monday post. Breakups are definitely a time when a lot of soul-searching is done, and in the absence of your loved one, you often feel more alone than ever. Sometimes removing a support system can bring everything down.

This isn’t the first time Jelena has spoken publicly about her struggles. She opened up in her 2018 memoir Unbreakable about growing up with an abusive father — and the toll that impacted his mental health for the rest of his life. She said CNN when the book is released:

“I struggled with depression for a very long time, almost 10 years, and almost killed myself at one point.”

Unfortunately, depression has clearly come back in full force this year.

“The constant feelings of sadness and pain just won’t go away and my life has been shattered.”

“I blame myself, I don’t think I’m lovable and I’m scared.”

On the dark day Jelena nearly committed suicide, she explained:

“I just wanted the pain and suffering to stop. I pulled myself off the edge, I don’t even know how I managed to do it. Getting professional help saved my life.

Such a chilling and deeply saddening story to hear about such a brilliant and successful woman. However, in the wake of all of this, Jelena continues to be a leader, not only advocating seeking professional help, but also telling fans directly:

“It’s not easy to write but I’ve always been open, honest and vulnerable with all of you and I deeply believe in the power of sharing our stories to help us get through things and help each other. I’m writing this because I know I’m not the only one struggling. Just know that you are not alone.

What a truly admirable person to still think of others as a result of everything she’s been through and to use her experiences as a way to educate and build community for others who may be going through similar situations.

Related: Will Serena Williams’ Daughter Be the Next Tennis Superstar? Watch the adorable video here!

“Don’t be ashamed of how you feel. It’s normal to feel this and you can come back from it. It’s possible, keep believing. I love you all and here comes the fight and survival to live and see another day. I will come back stronger than ever. #mentalhealth #suicide #mentalhealthawareness #mentalillness #depression #tennis #wta”

What a whirlwind of emotions we feel for Jelena. Let’s be sure to share lots of love and positivity with her.

If you or someone you know is considering suicide, please contact the National Suicide Prevention Lifeline at 1-800-273-TALK (8255), text “STRENGTH” to the Crisis Text Line at 741-741, or call on suicidepreventionlifeline.org.