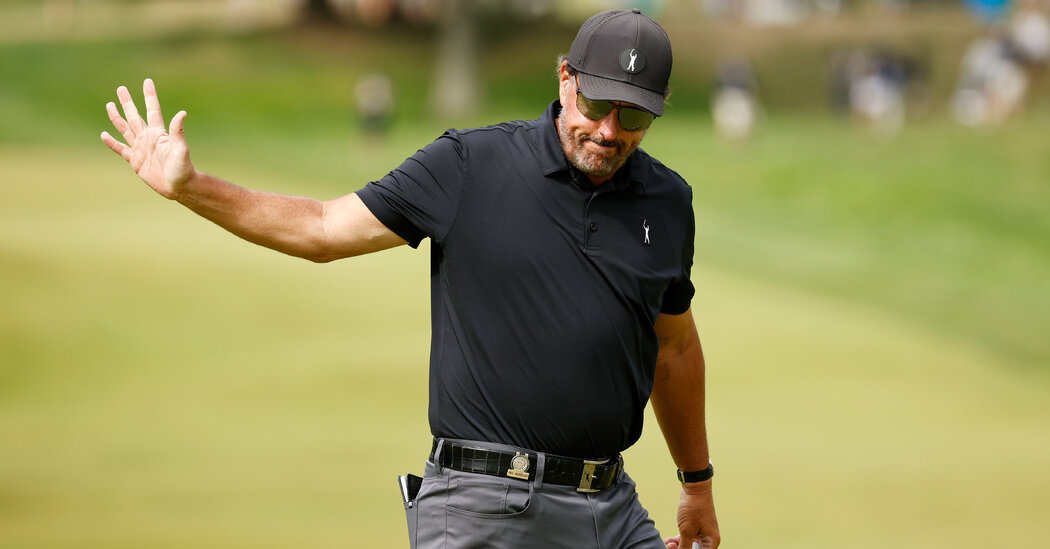 Even if you don’t play or follow golf – which I don’t – you’re probably aware of the controversy now engulfing the game. A number of the world’s top-ranked professional players, including Phil Mickelson , have struck hugely lucrative deals to take part in a new tour, the LIV Golf International Series, sponsored by Saudi Arabia. The PGA Tour, which has traditionally dominated the sport, responded by suspending 17 of those players.

The Saudis are obviously engaged in reputation laundering – greenswashing? — in an attempt to make people forget the atrocities their regime has perpetrated. What motivated the PGA is less clear. Did she view the LIV series as flawed, not an actual golf tour? Was he trying to crush the competition? Where was the problem with the sponsors of the LIV series?

PGA participants polled by ProGolf each week had no doubts: an overwhelming majority attributed Mickelson’s exclusion to “media culture/cancellation”. And I hope they are right. I mean, if being paid big bucks to provide supportive public relations to a regime that deals with critical journalists by killing them and dismembering them with a bone saw doesn’t justify cancellation, what does who did it ? And yet Mickelson and others were willing to provide this communication

So if you ask me, the real story here isn’t that the PGA may (or may not) have found a line it won’t cross. It’s that so many members of the American elite obviously don’t have such lines.

In other words, the rise of cancel culture seems far less significant and worrisome than the rise of sellout culture. More and more people at the top of our social hierarchy seem ready to do anything, for anyone, as long as the money is enough.

It’s not a purely partisan issue, although the sellout culture may be a bit more prevalent on the right than on the left. It remains extraordinary, given Donald Trump’s bellows about America First, how many of his inner circle – including Michael Flynn, his national security adviser, and Rudy Giuliani, his personal attorney – have been credibly accused. , in some cases have been convicted of, or even confessed to serving as paid agents of despotic foreign governments.

And even before Trump left office, his son-in-law and his Treasury secretary were courting Middle Eastern investors, with the two soon receiving huge sums from the Saudis and other Gulf governments.

But as I said, it’s not a purely partisan thing. On Sunday, media outlet (and highly influential) chairman Brookings resigned in the face of an FBI investigation into whether he had illegally lobbied for Qatar.

And while selling to foreign governments has a special legal status — not disclosing your role as a paid foreign agent is a crime — it’s not clear that it’s morally worse than selling to questionable national interests. .

My heart sank last fall when the Cryptocurrency exchange company Crypto.com has started running an advertisement featuring famous liberal actor Matt Damon. Perhaps Damon didn’t know much about crypto and many analysts were extremely skeptical of his purpose; he was hired to play a role. (Larry David did a commercial for another crypto company that ran during the Super Bowl.) But in playing that role, he helped promote what looks more like a pump-and-dump system than ever; cryptocurrencies have lost over $1.6 trillion in value since this ad started running.

But has it never been so? Haven’t people enjoyed power and fame since the dawn of civilization? Yes – but I don’t think I’m idealizing the past by suggesting that there was more restraint, more opprobrium associated with over-obvious selling. In 1967, John Kenneth Galbraith, barely a cheerleader for capitalism, claimed that top corporate executives were subject to a “code” which prevented “the making of personal profits” and in effect imposed “a high standard of ‘personal honesty’. I don’t think he was completely naive.

Or consider the fact that it was considered shocking at the time Gerald Ford became rich, after the presidency, with paid speeches, board seats, etc.

Full disclosure: Yes, I sometimes give paid speeches within the limits set by Times rules. But I try, not always successfully, to make sure sponsors aren’t bad guys and don’t do paid advocacy – which is to say, getting back to golf, exactly what Mickelson & Co were actually doing when they signed on to play for the Bone Saw Tour.

What explains the rise of the culture of the braderie? Tax cuts may have played a part: selling your soul becomes more attractive when you keep more of the profits. Rising income inequality can inspire envy, the desire to keep pace with the super-elite. And surely there is a process of normalization: everyone sells out, so why shouldn’t I join the party?

Whatever the explanation, something has clearly changed; there is much more corruption evident at the top than there was. And the costs of that corruption, I would say, include a process of demoralization. Children looked up to public figures, sports stars in particular, as role models. Do they still do it? Can they, given what public figures will do if the checks are big enough?