Tanak and his co-driver Martin Jarveoja had a flawless run from start to finish. The Estonian was in contention from the start after finishing Friday 2.5 seconds behind team-mate Thierry Neuville, who took the lead in his home event.

Tanak briefly snatched the lead from Neuville on Saturday before the latter put up a series of searing times to assert his authority over the rally after claiming eight stage wins. A transmission problem for Tanak appeared to dim his hopes of victory, as he helped Neuville build a lead that once stood at 18.3 seconds.

However, drama struck on Saturday’s penultimate stage when longtime leader Neuville understeered into a tight left-hander and crashed into a ditch, giving Tanak the lead.

Once in front, Tanak managed to fend off Evans, who had struggled to find the sweet spot in his GR Yaris for most of the rally. The Welshman lost time with a puncture and incurred a 10-second penalty after a timing error as co-driver, but finished the event with five stage wins.

The final podium spot was claimed by Toyota’s Esapekka Lappi, who managed to stay out of trouble in what turned out to be a high attrition rally. It was the Finn’s second podium after finishing third in Finland earlier this month.

Championship leader Kalle Rovanpera made his first significant error of the season when the Finn emerged unscathed from a series of rolls when he misjudged a corner in Stage 2 while leading the rally .

Rovanpera joined the event after Toyota carried out a repair on its badly damaged GR Yaris. The 21-year-old collected all five bonus points after winning the end-of-rally power stage, but Tanak’s win reduced his championship lead to 74 points.

Hyundai’s Oliver Solberg bounced back from his crash in Finland by scoring fourth to score his career-best WRC result.

The 20-year-old produced a measured ride throughout the tricky 20 stages which caused problems for the majority of Rally1 riders. Solberg battled M-Sport’s Adrien Fourmaux for the job on the final day before the latter collapsed dramatically on the penultimate stage.

Fourmaux was fourth early on Friday before losing a minute and a half when he unfortunately faced a sudden downpour that dropped him down the order. The Frenchman steadily climbed the standings as his rivals struggled, but lost fourth place late on Saturday when he showed up for Stage 15 two minutes late after being held up by police on a section of road.

However, Fourmaux made a disastrous weekend for M-Sport Ford worse when he ran into a ditch and nearly knocked over his Puma, throwing up a comfortable fifth.

Toyota’s Takamoto Katsuta inherited fifth place to continue his streak of points finishes at every round this season. The Japanese driver pulled away from the lead group on Friday after suffering a gearbox problem which cost him several minutes.

Rally1’s second-best finisher was M-Sport’s Gus Greensmith, 19th overall after the Briton lost more than six minutes after damaging his left-back coming off the road on Stage 10 as he was sixth. 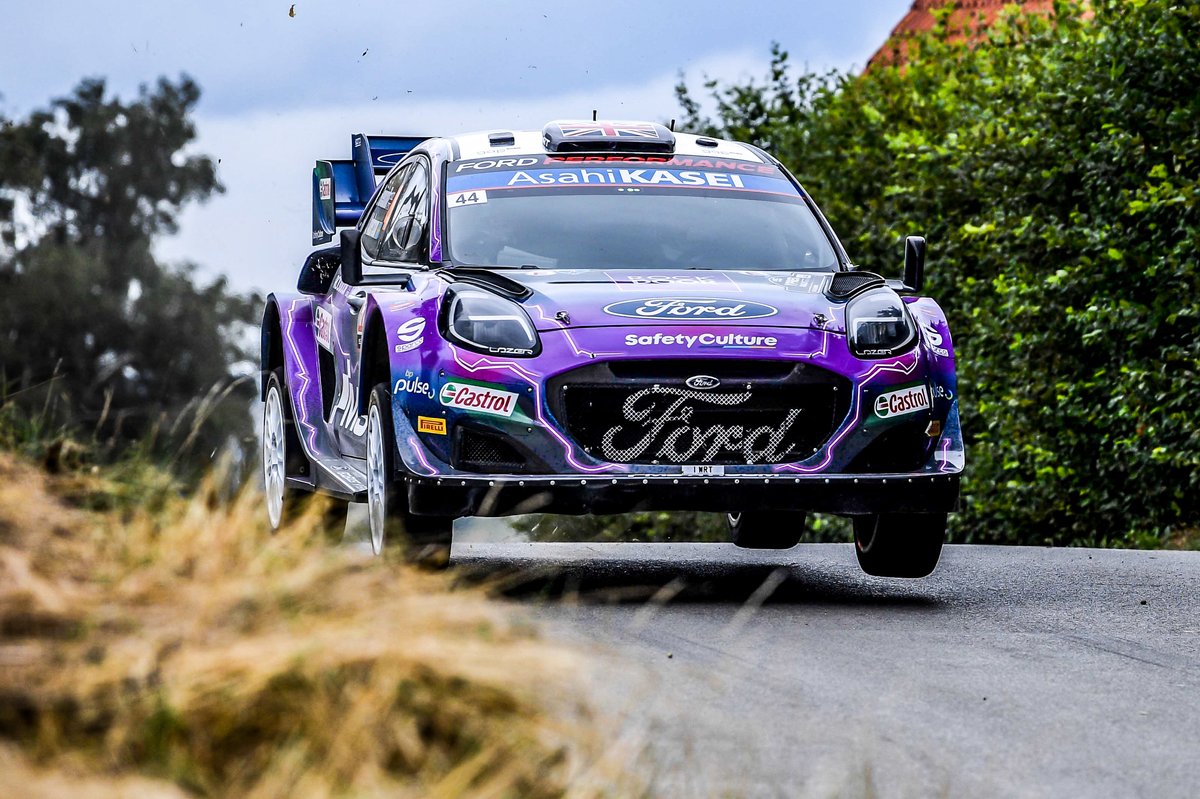 The stage marked a dark moment for the team as fifth-placed Craig Breen erred on a left-hander moments later which resulted in a heavy crash. The Puma hit a ditch which catapulted Breen into several barrel rolls before the car came to rest upside down.

The incident put the stage red flag as Breen suffered his third accident in as many WRC rounds. The former Ypres Rally winner returned on Sunday.

Former Formula 1 driver Jos Verstappen led the Masters Cup class on his WRC debut until the Dutchman crashed out on Stage 13.