In 2013 Autosport compiled a list of the 50 greatest drivers to never race in F1. Only one Japanese rider made it, and that was Satoshi Motoyama, who finished 27th ahead of a few illustrious names including the late Gonzalo Rodriguez, 1999 Indianapolis 500 winner Kenny Brack, multiple GT champion Christophe Bouchut and Le Mans ace Andre Lotterer. (before its unique F1 outing at Spa in 2014).

Motoyama is best known for his exploits in his native Japan, becoming a four-time champion of what was then known as Formula Nippon – a modern era record – and winning three more JGTC/Super GT titles in a career. which earned him the nickname ‘The Emperor’.

But just under 20 years ago, Motoyama flirted with F1, making two outings behind the wheel of Grand Prix machines as it tried in earnest to break into the rarefied world of Grand Prix racing. Unfortunately, those efforts came to nothing, leaving Motoyama’s unfulfilled ambitions as one of the great “what if” stories for Japanese motorsport fans to ponder.

By the time Motoyama first managed to land an F1 test outing, he was already 32 years old. His only professional driving experience outside of Japan included two appearances at the 24 Hours of Le Mans for longtime employer Nissan, first with the R390 GT1 in 1998 and then with the short-lived R391 prototype the following season.

That’s because he was solely focused on building his reputation in Japan, which he managed to do with the Formula Nippon titles in 1998 and 2001. But at the start of the season that would earn him his third crown in 2003, the death of his childhood friend Daijiro Kato in an accident during the Suzuka MotoGP race that year prompted a change in approach.

“From the first time I won the Formula Nippon title, I had contact with F1 teams, but honestly I had no real intention of racing overseas,” Motoyama recalled. “But after my good friend Daijiro Kato died, I wanted to carry on his legacy and show him how hard I worked, and decided it was time to challenge myself overseas.

“In 2003 I was able to win the title in Formula Nippon and JGTC. I felt there was no higher challenge in Japanese racing and if the opportunity arose I would go to F1 .

“At that time Jordan happened to be looking for a driver to use in Friday practice so I thought we’d have to go out there and try him out. I wouldn’t know how an F1 car felt. if I didn’t try it, and the timing was right, then I took the chance.”

Jordan was among the teams that agreed to give up a number of private tests in 2003 in exchange for the ability to run a third car on Fridays during Grand Prix weekends. It’s what opened the door for Motoyama to drive that year’s Japanese Grand Prix at Suzuka, giving him a suitably low-pressure way to try out an F1 car on a familiar track.

Motoyama’s best effort in the two-hour session was 1m35.044s, just over a second and a half behind Jordan number one Giancarlo Fisichella and just under a second slower than his old rival of Formula Nippon Ralph Firman in the second Ford. -powered EJ13.

“There was about a 300 horsepower gap compared to the Formula Nippon cars of the day. Driving around Suzuka, I was like, ‘Damn, that’s tight!'” Satoshi Motoyama

By 2003, Jordan was firmly established as the second-slowest team behind Minardi, but Motoyama was still blown away by the performance gulf compared to the Lola-Mugen Honda package that would take them to the Formula Nippon title that year.

“At that time, F1 cars were very high-tech,” says Motoyama. “They had semi-automatic gearboxes that felt almost automatic. But what surprised me the most on my first ride was the power. There was a gap of around 300 horsepower compared to the Formula Nippon cars of the time. As I circled Suzuka, I was like, ‘Damn, it’s tight!’ »

A week after the Japanese GP, Motoyama duly wrapped up his third Formula Nippon crown with a race up for grabs at Motegi, and the following month he and NISMO co-driver Michael Krumm gifted Nissan the title in JGTC, the forerunner of the Super GT. It was this latest achievement that opened the door to a second bite of F1 testing icing.

Back in 2003, the Renault-Nissan alliance was still a relatively new thing, and that connection led to Motoyama being given a day’s driving in the Renault R23B for a day at Jerez in early December after its two main campaigns in Japan had concluded.

It would prove a much tougher test than Motoyama’s Jordan outing at Suzuka. This time, he will be thrown into the deep end on a completely unknown track, shared with 15 other drivers, and at the wheel of a much more competitive car. To top it all off, he had none other than Fernando Alonso as a benchmark in sister Renault.

Motoyama admits the prospect made him “nervous”, but he slumped to complete 49 laps during the day, the fastest of which was a 1m19.992s. That put him 12th and around 2.1 seconds behind eventual champion Alonso, but Motoyama reckons that when he and Alonso were both on the same tires he was less than a second behind the Spaniard. 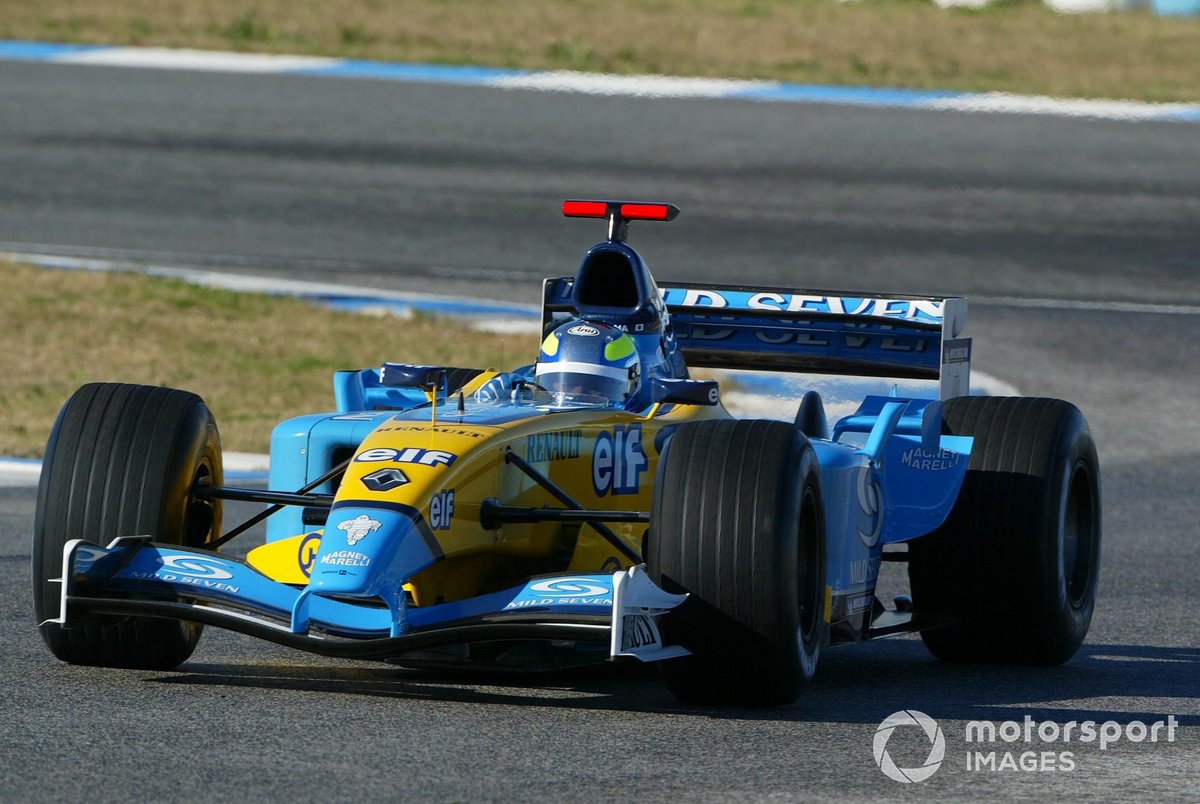 Of his day in the R23B, Motoyama recalls: “Renault finished top of the championship that year. [fourth], so compared to the Jordan, it was more refined, felt higher quality, and was an extremely easy car to drive. I don’t really know what they [the Renault hierarchy] thought about my performance. But I didn’t think it was particularly difficult to drive.

“I understood from the start that testing for Renault did not mean that I was going to get a seat at Renault. But I thought anyway that nothing would happen if I did not get involved in things, and that if I tried various things something good might come out of it.

Needless to say, with Alonso and Jarno Trulli already signed up for 2004, there was no way Motoyama could claim a race. And even landing a seat on a team of minnows like Jordan or Minardi was always going to prove an uphill struggle without the financial backing those teams needed to stay afloat in this manufacturer-dominated era.

“It was a very good experience to be able to drive the latest F1 cars at the time, but when it comes to entering the world of F1 and being an F1 driver, it’s a whole different story,” continues Motoyama. “I thought it would be impossible to do my job properly in F1 without a proper management structure behind me, and I didn’t have that.

“Even so, during that winter I looked for every possibility I could. There were a lot of money problems, so it was a stressful and difficult winter. Besides, at the same time I lost my seat in Japan [with Team Impul in Formula Nippon].”

“For several years 5Zigen was struggling,” says Motoyama, “but when I couldn’t race in [All-Japan] F3 I was approached by [5Zigen boss Shoji] Kinoshita and I were able to join F3 and from there have a career as a racing driver. So, partly to express my gratitude, I joined 5Zigen. Winning with 5Zigen became my new challenge. 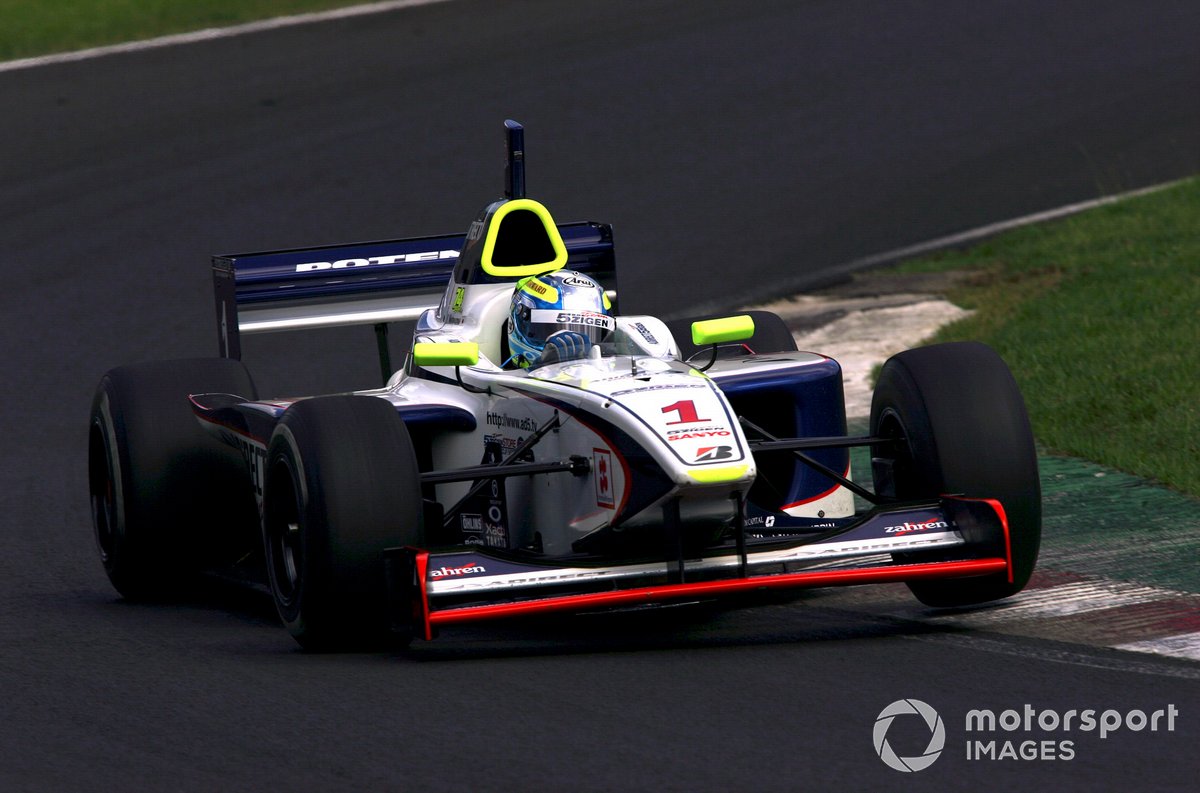 Motoyama spent 2004 with 5Zigen after efforts to race in F1 were futile, but managed just one win with the underdog team and finished sixth in points before returning to Impuls for 2005.

“Until then I was driving for Impul, and in that sense, although I wouldn’t say I was able to win easily, I thought that personally it would be interesting to have a new challenge.”

Motoyama managed to win a race for 5Zigen, but a title shot proved out of his reach, although he and new teammate Richard Lyons (who incidentally was the Formula Nippon champion that year) had was able to successfully defend Nissan’s JGTC crown.

In 2005 he returned to Impul in a third car and won his fourth Formula Nippon title. In 2008, he and Benoit Treluyer won Super GT honors for Nissan, cementing Motoyama’s reputation as the best national rider of his generation. He will remain in Nissan’s GT500 lineup until the end of the 2018 season, not retiring until the age of 47.

“I knew I was not the type of driver who aimed for F1. I liked the convenience and freedom of living in Japan” Satoshi Motoyama

Realistically, test or no test, Motoyama was not likely to end up in F1. For all his obvious talent, he had no connection to Europe and, as a Nissan driver, he also missed the opportunities that might have come from an association with Honda or Toyota. His age also worked against him; years of struggling to establish himself in All-Japan F3 meant he was already in his late twenties by the time of his first Formula Nippon title in 1998.

But Motoyama still happily looks back on his two opportunities to try Grand Prix machines, having proven to himself he could hack it in the world’s fastest single-seaters at a time in his career when he felt he had does everything there is to do in his homeland.

“There are many different ways for racing drivers to challenge themselves, and it’s not like everyone has to aim for F1. I knew I wasn’t the type of driver who was aiming for F1. I liked the convenience and freedom of living in Japan.

“However, I wanted to drive an F1 car and I wanted to confirm that I had the skills to do it. I thought: ‘Yes, I can handle it’. So it was a good experience.” 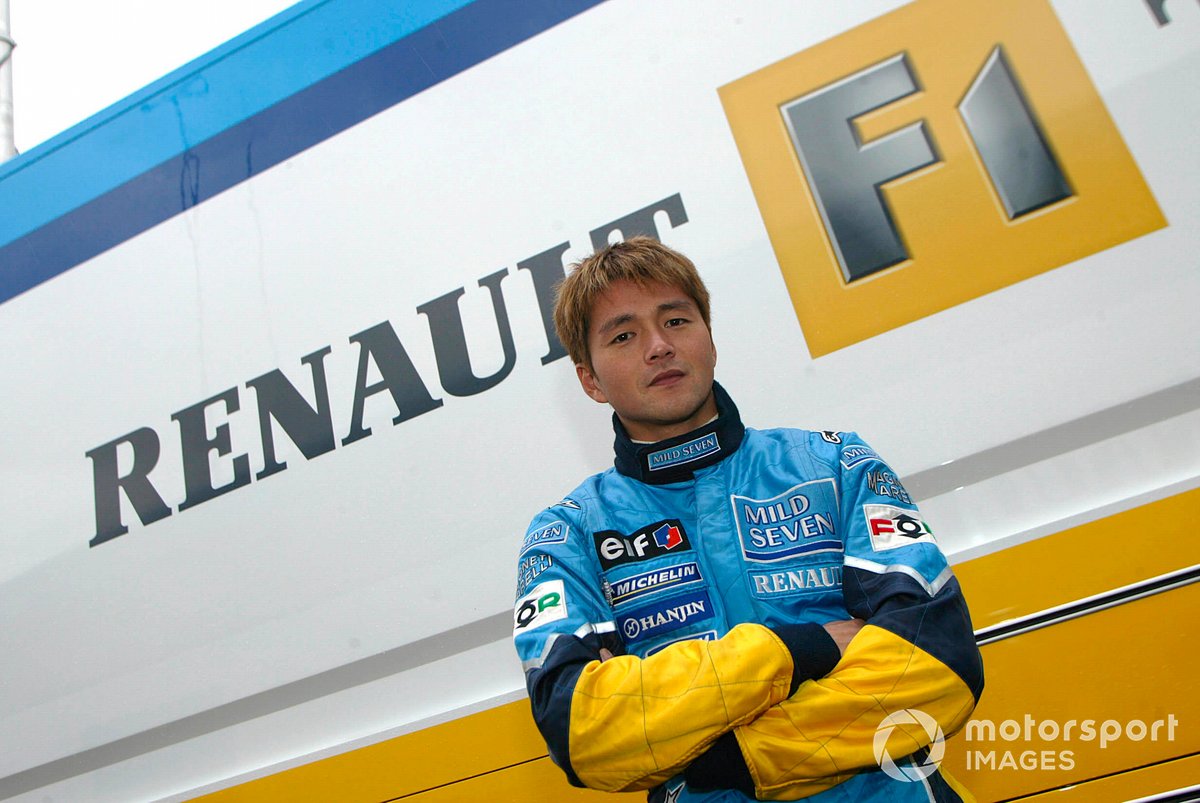 Motoyama is delighted to have had a taste of F1 machines, even if it is too late to change codes realistically