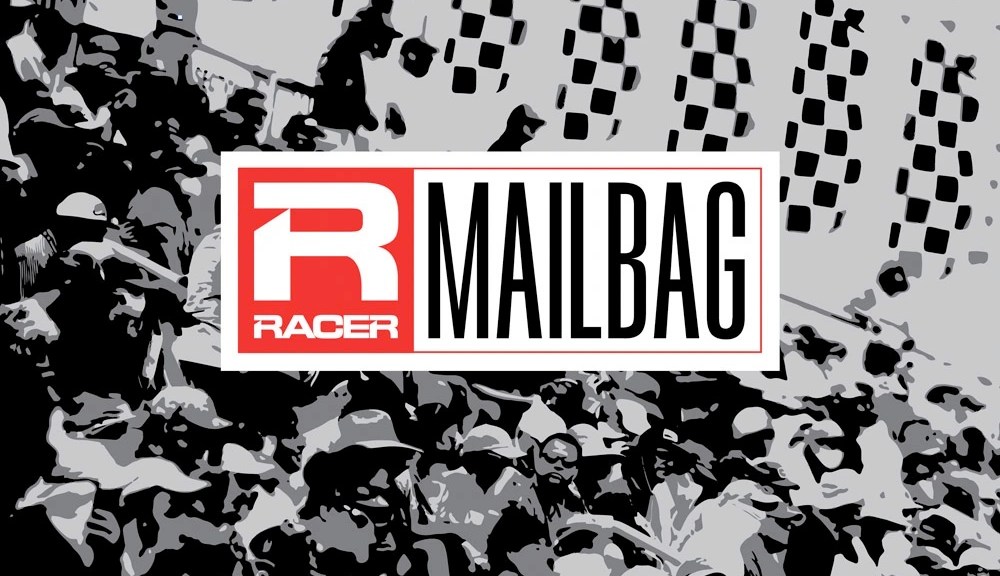 Welcome to the RACER mailbag. Questions for any of the RACER editors can be sent to mailbag@racer.com. Due to the high volume of questions received, we cannot guarantee that every letter will be published, but we will answer as many questions as possible. Posted questions may be edited for length and clarity. Questions received after 3 p.m. ET each Monday will appear the following week.

*Note: We had to move the cut-off time for questions this week, but all submissions that missed the cut are in the pool for next week’s Mailbag – Ed.

Q: Any chance of bringing back LED position indicator signs? I found this very useful when attending a race and didn’t have access to TV coverage. And speaking of LEDs, do you remember one of the old CART teams (Newman/Haas, I think) had LED advertising in the rims of the car? I try to tell people about it and they look at me like I’m crazy.

MARSHALL PRUETT: I asked IndyCar president Jay Frye about it, and he said it was something they would consider with the new car. IndyCar really liked the panels, but switching to a smaller, more feature-rich second-generation model proved to be a constant problem. I’d love to see the series come up with something new and different – how about a full OLED panel that shows car position, plays ads and displays team-selected tweets – while racing?

Q: I realize Devlin DeFrancesco is a rookie in IndyCar and rookies make mistakes. That being said, he has made a few enemies, including Will Power, who wants IndyCar to park him for a while. We’re used to Power sounding good, but do you think he’s got his assessment right? What does the rest of the paddock think of DeFrancesco? While I take the forum posts with a grain of salt, there seem to be a lot of people who think he and Dalton Kellett shouldn’t be on the show. I don’t think that’s fair to Kellett, but he has a lot of off-track incidents with a car.

MP: Will Power had every right to be angry. Devlin’s nerve from behind was inartistic at best. Power had a terrible time in qualifying and was buried at the back of the pack, and that exact scenario – getting knocked down by drivers the (now former) championship leader rarely encounters – was the big concern. I’d say if this was DeFrancesco’s first big mistake of the year, Power would be just as angry, but he wouldn’t venture beyond that anger – no threats of retaliation, etc. plate for Power to swing and get out of the park is where his sentencing was made easier.

As for people saying that Devlin and Dalton don’t belong, that’s nothing new. The same has been said for decades in all forms of racing. This is the laziest take to make. Every sport has its high and low performers; the common denominator is that they are all in the top 1% in the world in their profession. There will always be someone – or a small group – of those who often run last, and they catch fan hell. Meh.

Two other things are forgotten. The first is how the money brought in by the DeFrancescos, Kelletts, Latifis, Strolls and so on is what sets or keeps teams on track and employing tens to hundreds of people. The second is that if a team had the budget to hire a better driver they would, but in most cases it’s a situation where the team needs the money and whoever’s in the car is the best option she can find. But these are nuanced things, and nuance is rarely implied in “they don’t belong here” comments.

Q: Will Power, speaking of Devlin’s parking lot, has to watch himself carefully. He crushed his teammate in Nashville, and there are plenty of other times he knocked out other runners with stupid moves. Iowa 2011 in pit lane comes to mind.

MP: Thank you, but none of these past cases matter or have any bearing on what happens in 2022. I never understood the line of thinking “You already hit people, you so you shouldn’t complain about being hit.” I ran into someone at a stop light many moons ago in my 250,000 mile old Volvo From Hell so as I understand it if someone hits me from behind today I’m supposed to stay seated there without anger and nothing to say because once I overturned a car? Who on earth would hold themselves to this unrealistic standard? And if none of us behaved that way, why would we expect racing drivers to be any different?

In the context of a rookie knocking out a veteran at Road America and veterans — plural — in Texas, it’s hardly a surprise to hear Power drop the hammer on Devlin. The hope would be that DeFrancesco takes the heat and thinks more about his racing craft and goes the rest of the year without earning a third strike.

Q: Looking at older Indy cars online during a lull in business, I again came across the BLAT Eagle, Dan Gurney’s 1980-81 Eagle. I knew this Eagle but could never figure out how it stayed on the ground, as it had no fender or just a small rear fender, and no skirted side pods. It was quite different for the time. Nothing like the F1 Lotus 78 or the Penske “Yellow Submarine”.

So I started digging into the BLAT – Boundary Layer Adhesion Technology – theory and found it quite mysterious, until a blogger I read mentioned that the Eagle was similar to F1 cars currents in this air entering through two small areas behind the front tires and near the body, then passing through two tunnels under the chassis, around the driver’s compartment and the engine compartment, to exit under a very large diffuser. These channels grew larger as they extended from the middle of the chassis to the rear of the car.

Was Dan Gurney ahead of his time? What current F1 cars use?

MP: If we give credit it goes to Lotus and the 1978 Chassis 79 (also the Yellow Submarine was a Chaparral Racing product, not Penske) for using the sides and rear of a wheeled car open to generate crazy downforce with large and long wing profiles integrated into the pontoons. The All American Racers 1981 Eagle Indy car chassis took the Lotus 79 ground effects concept in an entirely different direction, but it was the same general principle of using the sides and rear of the car to create great downforce.

Where BLAT was progress was in removing most of the sidepods – creating a smaller, narrower shape to cut through the air – as Dan and John Ward, the car’s designer, sought to exploit the lower cost/lower weight option within the rules. for stock non-turbo V8 engines.

The best thing to know about the Eagle and its BLAT innovation is that it all came from a vast lack of budget. AAR had no real sponsors at the time, could not afford the benchmark Cosworth DFX turbo V8s and needed to switch to the alternative formula where overcoming the lack of power through a radical chassis approach was a necessity. That’s why we have this arrow-shaped car that stands out both visually and in performance. Today’s F1 cars are direct descendants of the Lotus 79, not the Eagle.