You can learn a lot when you pick the thoughts of 4,342 US national team fans.

Besides the roster picks and the national double-track, few topics elicit stronger feelings among the fan base than Nike’s kit designs. Historically, the company has put together memorable looks for the program since becoming its exclusive kit maker in 1995. While not initially thrilled with the explosive red-white-blue shirt the American men wore when they won in 2014. Ghana, it was definitely a singular and memorable look.

However, Thursday’s drop in Nike’s offers for the 2022 World Cup seemed to struggle to find a loving audience. US primary and secondary kits appeared to have been criticized in equal measure, with social media users projecting their own sentiments onto the promotional plans of a seemingly perplexed Sergiño Dest. However, the reaction didn’t seem to upset Nike that much.

Of course, it is difficult to definitively confirm Barnett’s claim. Despite the 2010 Men’s World Cup with many fans’ favorite American goal, you’ll soon find that the designs in this tournament don’t compare to other offerings. Conversely, the definitive fan favorite (again, more on that in a moment) came in a year without a World Cup, a Hexagonal (last round of CONCACAF World Cup qualifying) or a Gold Cup.

Given the reactions that seemed to range from apathy to outright disdain, we wanted to get some more concrete data on what fans think of Nike’s latest release. On Thursday, we opened a six-question survey to take the pulse of the initial response. In less than 24 hours, we received 4,342 responses and clear results emerged.

The United States will appear at the 2022 World Cup with two new looks. The “house” offering is an almost all-white affair that Nike describes as “drawing inspiration from the diversity and historical heritage of the United States in a variety of sports, leagues and associations.” The sleeves have swooshes similar to an NFL jersey; the socks, navy blue, prevent the uniform from being fully bleach-compatible.

As legendary as the legacy of American sports may be, it didn’t warm our readers to the kit.

1. How would you rate your feelings about the USA main jersey? (4,287 responses)

With nearly 4,300 fans weighing in on this design, only 36 enthusiastically endorsed it. Another 150 gave it positive ratings, with the remaining 4,000+ having neutral or negative feedback. Weighing each response for its worth, the home jersey garnered a approval rating by 32.6%.

The “far” look isn’t quite as chalky – far from it, in fact. Nike cited a unique ice-dye technique to create the black and blue camo design. Its description was full of even more buzzwords, like “a bold design that also celebrates diversity, youth and unity” epitomized by “a vibrant, youthful print that brings the kit to life.”

While this Frankenstein freak survived his ice bath and is now alive, fans seemed just as willing to wield their torches and pitchforks.

2. How would you rate your feelings about the USA main jersey? (4,284 responses)

Responses here weren’t as frosty as its counterpart, the away shirt only fared slightly better with readers. It received positive ratings from 335 respondents, with just under 4,000 sticking to the “meh” or worst side of the scale. Using the same methodology as before, the away kit received a 38.7% approval rating.

Opinion data is one way to measure how well a fan base receives a jersey, but surely more important to Nike and US Soccer are the sales numbers. There’s no way to hold a voter to their word with an online survey of potential shopping habits, but fans seem uninspired to open their wallets for the new shirts.

Even allowing for the inevitable door-to-door deals on the day of the highly anticipated England match, only one in five fans even considered buying one of these models at any time. Keep in mind: the pocket of fans who would take the time to fill out a survey of USA kits almost certainly represents the target demographic that buys these shirts.

So where do Nike and US Soccer go from here? The couple signed a 10-year extension to their ongoing pact at the end of 2021, ensuring that Nike will host at least two more World Cups for the men’s and women’s programs (based on distance traveled in 2031). If the fans are successful, the design teams must sort out what appears to be an identity crisis surrounding the program.

Many national teams around the world have fundamental primary designs that change from year to year, but remain largely the same. Brazil’s yellow with green trim, Argentina’s blue and white, Netherlands’ orange and Croatia’s red and white checkerboard are all among the game’s most iconic looks. they follow suit? Our respondents made it clear that this was their wish.

4. Do you prefer the current approach to USA World Cup jerseys with a new design every cycle, or a fixed main look? (4,276 responses)

Nearly seven in 10 voters would prefer that the United States establish a primary identity to ensure at least some consistency in how it looks on the field. To deepen the conversation on how this could be executed, Athleticism dug into the archives for seven fan-favorite looks that have stood the test of time.

While many have garnered significant fan approval, one overwhelming favorite has emerged.

5. If an old USA kit were to become the new standard primary jersey, which would you prefer? (4,267 responses)

Blame recency bias all you want, but the top three voters have all come within the last decade. This brings up a crucial point: it’s not like Nike has long been wronging American fans. It’s just that this year’s designs missed the mark with an overwhelming majority of them.

Unsurprisingly, broadening the questions to concepts rather than past designs has resulted in a similar fondness for hoops, like those that adorn Waldo and 2017 kits.

6. What would you prefer a standard United States jersey to look like? (4,138 jerseys)

* Common writing, but omitted on the original ballot

Design trends in many areas of lifestyle have become increasingly minimalist. The idea of ​​”clean” white or “bold” black jerseys has become the norm in Major League Soccer, and this year’s offerings from Puma, Adidas and Nike have often moved away from the grandiose towards what one can generously call “tailor-made”. Subtle patterns on otherwise monochromatic kits seem to be the trend, with an eye on shirt sales to the streetwear crowd seemingly taking higher priority.

Of course, all of this won’t change how the United States look when they open play in Group B of the World Cup on November 21. Still, it’s clear fans have found looks they’ve come to love over the past few World Cups. rounds. Whether or not Nike understands the hint and meets the public’s desires remains to be seen. 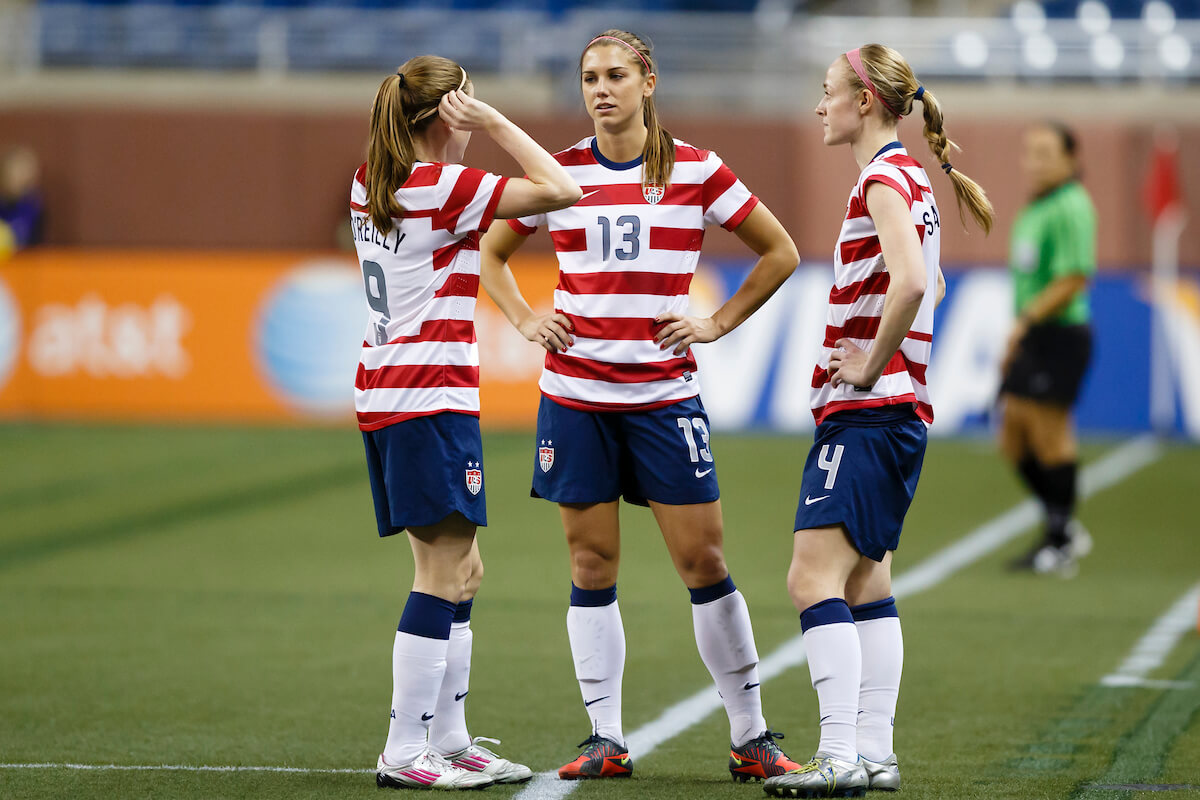 Until then, it seems only one question remains: “Where’s Waldo?”