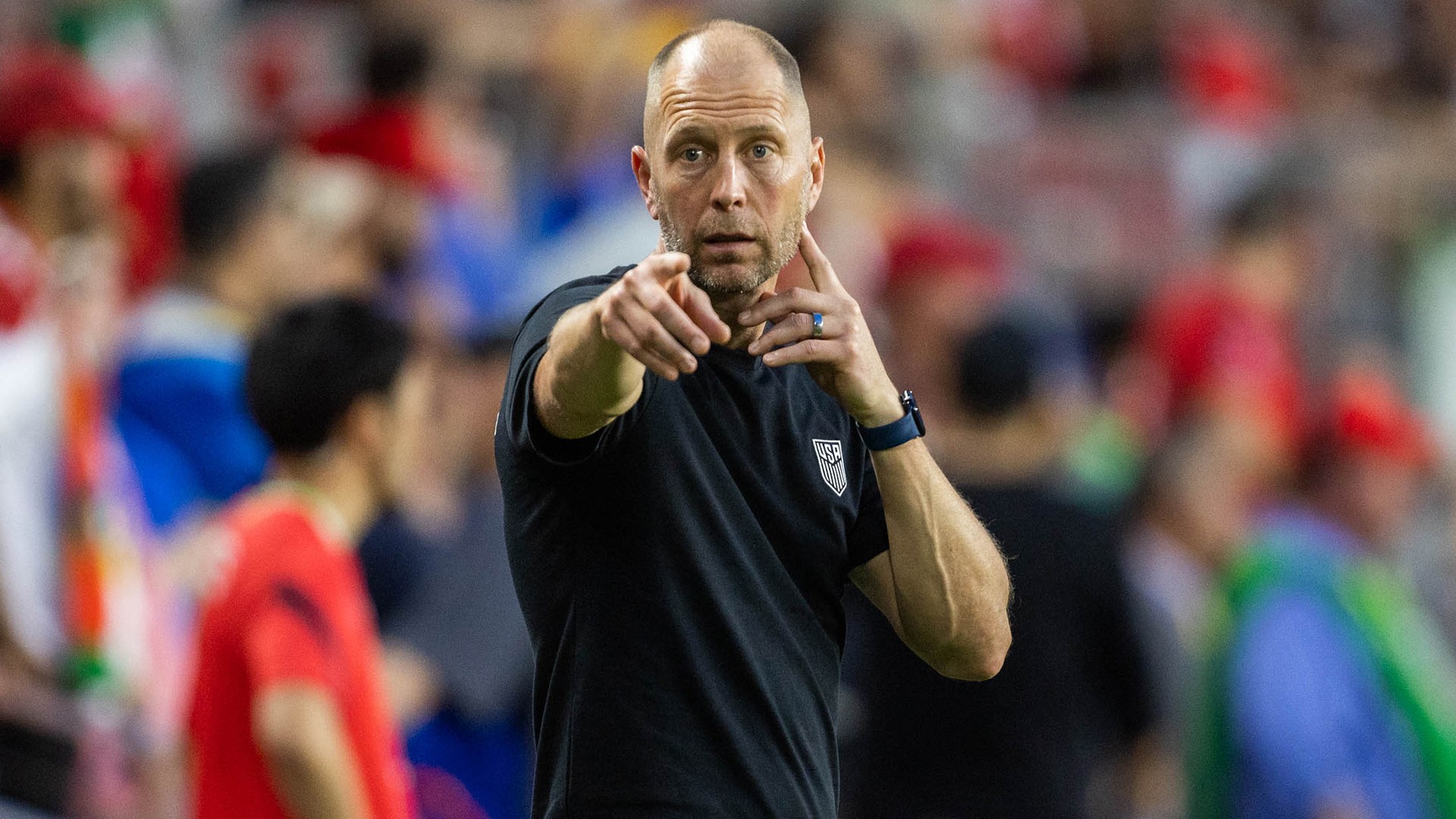 AUSTIN, Texas — Gregg Berhalter and the United States Men’s National Team consistently emphasize team unity and togetherness, often dropping terms like “brotherhood” and “family” on their way to Cup qualification of the world and towards Qatar 2022.

This is commendable and confirmed by their generally strong and resilient performance on the pitch over the past year. It also doesn’t remove the elephant in the camp room this month: gathering data in preparation for final roster decisions to be made this fall before it flies to the Persian Gulf in November.

“We’re all going to be sad when we have to tell a player that he won’t be in this World Cup squad,” Berhalter said in his pre-match press conference on Thursday. “Right now what I’m seeing is the group coming together, they’re going in the same direction, they’re supporting each other and it’s been one of the best June trips we’ve had, or the best June trip we’ve had since we took over the team.

As defenseman Reggie Cannon said earlier in the week, “We’re competing for a spot on the World Cup roster. But that doesn’t mean the relationship has to deteriorate.

That said, as collectively oriented as the players and coaches strive to be, everything that happens in and around the USMNT’s four June matches – and what Berhalter supports are relatively limited minutes on the training ground between them – is matter for evaluation.

This includes interpersonal interactions, the mental approach to an easily overlooked opponent like Caribbean underdogs Grenada, and even adapting to the ferocious heat of Texas that will keep the playing time heat index up in the middle of the game. 90s for Friday night’s Concacaf Nations League game in Q2. Stadium (10 p.m. ET | ESPN+, UniMas, TUDN).

“If you talk about rating, it’s a really easy game. Because we’re rating our mentality, we’re rating our intensity, our ability to play in hot conditions, to overcome that mentally, and that’s about us,” said Berhalter: “That’s the important thing. That’s the important message for the group, is that we are the defending Nations League champions and we want to get off to a good start, and that means beating Grenada tomorrow.

Berhalter and his team enforced the rule not only on individual players, but also on pitch relationships and tactical riffs, which certainly helped keep seven players in the starting XI against Morocco and Uruguay.

While the head coach declined to reveal any of his upcoming selection decisions, the U.S. are widely expected to rotate the roster significantly over two CNL matches in five days, with a trip to the Salvador on June 14 after passing through central Texas.

“If you look at these four games as a whole, the idea was to improve our team and assess some players, and start the defense of the Nations League title. So we still have time to integrate all those things in this journey,” Berhalter said. “We will use the next two games to assess the players in different ways, so that will be our focus for those next two games.

“Our idea in this camp is to assess every player. So we don’t have playing time to do that,” he admitted later in the call. not yet used and give them the opportunity to prove themselves, whether in this match or the next.”

Asked about various players by reporters, the coach dropped a few breadcrumbs on what we might or might not see in the coming days.

Striker Haji Wright should have a bit more time after registering a combined 74 minutes on the bench in both friendlies, although Jesus Ferreira’s inclusion on Thursday’s availability could also be a sign that FC Dallas will keep going. appear at the top.

Seattle’s Cristian Roldan looks likely to get at least a modest chunk of playing time to make his case for a Qatar berth; “I would like to bring him onto the pitch for the next two games and we’ll see if we can do that,” Berhalter said. Somewhat worryingly, however, given Roldan’s effectiveness as a pressing right-winger for the Sounders this year, the coach said minutes in that position would be “tough” for him to garner” , depending on what we ask our wingers to do.”

Berhalter also offered a cold-blooded defense for Aaron Long, who started the last two matches after his spring comeback from a torn Achilles, calling out the heavy criticism of the centre-back among some segments of the USMNT fan base. crazy”. .”

“The guy was [2018] Defender of the Year in MLS, he is coming back from an Achilles tendon injury, and we are deliberately putting him in these games to keep pushing him, to improve him,” the coach said. “He’s got a great character. He’s got incredible speed and he’s coming back to that level, which is a different level. And I think he’s doing pretty well and he’s happy with his progress.

One thing USMNT observers should not expect to see Tim Weah deployed to the No.9 position, although that spot remains a concern amid a long stretch of limited productivity from Ferreira, Ricardo Pepi, Jordan Pefok, Gyasi Zardes and the other options that Berhalter tried there.

“Regarding Timmy, most of the time when he’s playing as a striker [at French side Lille], there’s another guy up there next to him, he’s playing 4-4-2. For us, him playing as a top winger, threatening the defence, he comes into the penalty area,” the coach said.

“So he gets chances like we think strikers sometimes do, so he’s valuable for us at that position on the wing. We really like the kind of shape it’s in and what it brings to us. We considered him as an attacker, I think only in special circumstances, situations where we need a certain quality.

Berhalter concluded with a tribute to the two American-born managers who led relegation escapes from the English Premier League and German Bundesliga, respectively, to Leeds United Jesse Marsch and Pellegrino Matarazzo in Stuttgart.

“It’s a great accomplishment for Jesse and Pellegrino. I know them both well and they are both excellent coaches. excited to see how they build on that next year,” he said. “It’s great to see American coaches having this opportunity because I certainly think we are capable. I know there are a lot of great coaches in MLS as well.

“And I think it’s only a matter of time before clubs in Europe start looking at our coaches. Right now they’re looking at our players; I think the next step is really looking at the coaches in America.