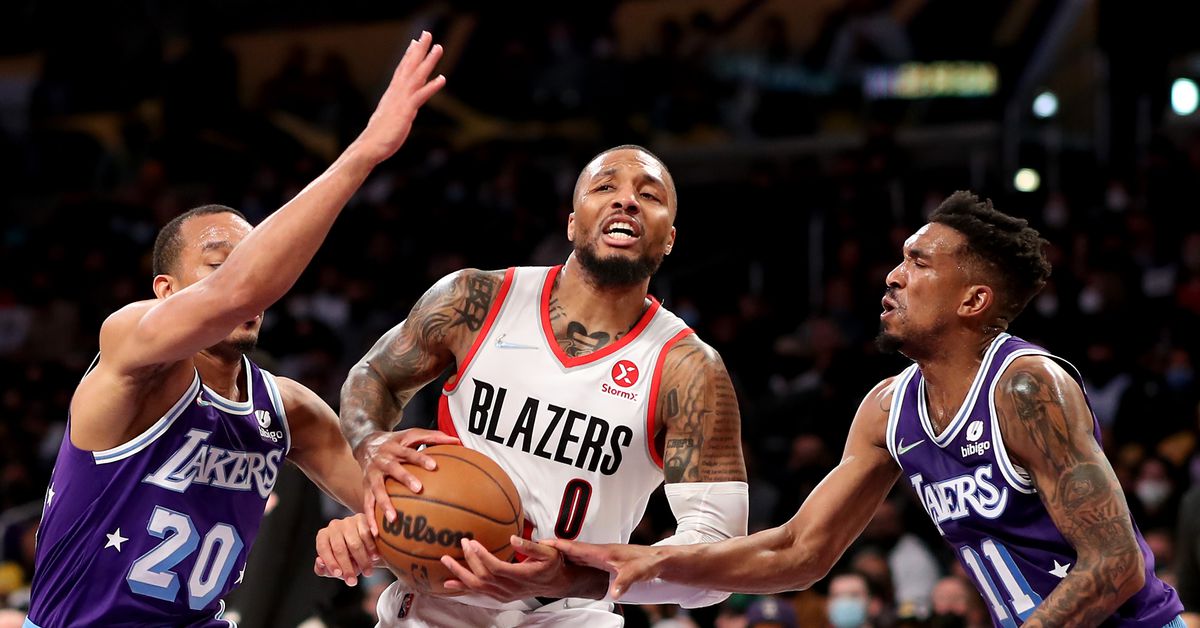 The Portland Trail Blazers are on the move this summer. With sporting negotiable contracts, free agents, a few draft picks, trade exceptions and a “can do” attitude, the Blazers are geared up and ready to boogie in the big move phases of the offseason. Sometimes the plethora of options can be hard to sort through, so we’re taking a moment for a simple question in today’s Blazer’s Edge mailbag.

Ok, we’ve heard what we can do with all the options, but what are we going to do? What’s the most likely outcome when we come to the end of summer and it’s all over?

This answer is based on the assumption that the Blazers will keep Damian Lillard. If they were willing to trade him – or if he’s indicated he wants out – a whole new flowchart of possibilities opens up. We’ll skip all of that, assuming the odds of the Blazers chasing them are slim.

Portland’s goal will be to build around Lillard. Ideally, they would like to do this by adding veteran talent. Ideally, they would acquire two high-quality starters to place around their current core, which consists of Lillard, Anfernee Simons, Josh Hart and Jusuf Nurkic. If the quality of the starter was high enough, they could afford to trade one of the main non-Lillard players in order to make the deal work. Clearly, the 7th pick in this year’s draft is on the line, along with future picks.

Pie in the sky combinations include something like Deandre Ayton or John Collins plus OG Anunoby. One of those two greats plus Jerami Grant would also qualify. If the Blazers could do that, given their current resources, it would be almost miraculous.

The most likely outcome of the summer is that the Blazers could acquire a nice trade target, but not two. Somebody’s gonna want that 7th pick. The Blazers will value an experienced, well-rounded player more than a first-round rookie. If a frontcourt player can defend and is a double-digit scorer, look for them to be on Portland’s radar. They will find someone.

Will that be enough though? I expect more than the acquisition of Evan Turner or Al-Farouq Aminu that we have had since the last regime, but the overall effect may be the same even if the player who arrives is of higher quality. The list has holes. The franchise has needs. The Blazers are not negotiating from a position of strength. Their strengths are not overwhelming. They go shopping thinking of a banquet, but they might come back with enough for a decent meal and some snacks.

If successful, the Blazers would get Collins or Anunoby but lack the juice to get a good second. They would fish with the MLE or depend on players like Joe Ingles and Trendon Watford to fill the gaps. You can downgrade the incoming player one notch, but Portland can’t afford to trade with this lottery pick.

Any other result would require one of two assumptions: either the Blazers hit the jackpot or they were knocked out. In the first case, rejoice! They got the deal mentioned above, plus a bonus. If they retire, you have the consolation that they regain at least seventh place. You might say it’s superior to spending assets on a helping player, but not enough. For this rationalization to work, however, you also have to assume that the Blazers will rebuild with a younger roster. It would be a major game changer, but it’s not impossible.

Trading in the draft is an option, but it would be part of a larger strategy to acquire veterans (either in this trade or by acquiring more assets to trade), so we’ll incorporate that into the scenarios already detailed. I don’t see the Blazers negotiating to sign two rookies instead of one, or to acquire minor future assets, or to gain a 10th man.

Exchange is another possibility. They would need to fall in love with a prospect to do that. The Sacramento Kings seem like the most likely target for a trade. I don’t see any of the immediate difference makers dropping to fourth place, so that would also indicate a rebuild, which is why I’m not crediting the possibility higher.

In summary, I would rank the most likely possibilities like this:

Of those, at least 75% of the probability lies in options 1 and 2. I don’t see the Blazers standing. It’s just a question of how far they can go.

Thanks for the question! You can write yours to blazersub@gmail.com and we’ll try to answer it!